Ace stood on the balcony smoking, Jax stepped out and grabs Ace from behind, “Thanks for not smoking inside,” He says kissing Ace’s neck.

“Yeah whatever, I just didn’t want you to wake up to the smell of smoke,” Ace replies as smoke escaped his mouth. “I need to leave soon, my next appointment is in an hour,” Ace says looking back at Jax.

“Hmph, I don’t like it when you talk about that in front of me. You know that,” Jax says poking Ace in the side.

“It’s the best way to put it, so don’t complain,” Ace replies turning around, Jax still had his arms wrapped around Ace’s sides.

“Why can’t you ever just stay here with me?” Jax says whining.

“What if I pay you more, whatever he’s paying you I’ll-I’ll double it,” Jax says rubbing his face on Ace’s crotch.

“Mmm, we both know you don’t have the money,” Ace says grabbing Jax’s face and facing it towards him. Jax rolled his eyes pulling his face out of Ace’s hand, “Feisty are we, I’ll tell you something,” Ace said kneeling down to Jax’s level, “How’s about if I Have time, I’ll come back tonight,” He says running his fingers down Jax’s chest.

Jax looked away then back at Ace and nods, “That would make me very happy,” He says hugging him, knocking Ace off his balance.

“Ok, calm down I’m not even sure if I’ll be able to. I said if I have time, I’m a very busy boy you know,” Ace says chuckling, “Why do you want me to come back so badly anyway?” He asks holding Jax.

Jax looks up at Ace and smiles, “Because I like you,” He says stuffing his face into Ace’s chest.

“I know,” Jax says looking up. Ace stared at him and grabbed his face, pulling him up. He opens his mouth and Jax did the same, Jax takes the lead and slips his tongue into Ace’s mouth. Ace, surprised, pushes Jax onto the ground so he was on top. Jax didn’t care he just continues playing with Ace’s tongue, he didn’t want him to leave. Ace put his hand under Jax’s head so it wasn’t on the hard concrete, all of a sudden Ace’s phone went off.

“Mmm, Hold on,” Ace says grabbing his phone, still on top of Jax, “What’s up?” He asks sitting on Jax’s dick.

“AJ said he needs to push back the meeting time, something important happened I guess. So you’ll be meeting with him at twelve, you still with pretty boy?” Apollo asks.

“Yeah, I was about to leave pretty quick cause I had the appointment but looks like I don’t have to,” Ace says rubbing Jax’s nipples.

“Well, finish up with him unless you're giving him this for free. You know he wouldn’t be able to pay two times in a row, it’s why you only see him once a week,” Apollo says rubbing his face.

“I’ll give him another hour, he really wants more. He was willing to pay double then what AJ is paying just so I would stay,” Ace says laughing as he starts to grind.

“AJ doesn’t pay to much, it’s a good amount for what he asks for,” Ace says as Jax licks his neck.

“Whatever, I don’t know nor do I wanna know what you two do. So have fun with pretty boy and make sure you get there by twelve or we’re both in trouble,” Apollo says hanging up.

“You done?” Jax asks stopping for a second.

“Yeah, I also don’t have to leave till eleven-thirty now. So we have a full hour, and this ones on the house so nothing too crazy,” Ace says as Jax licks his ear.

“I’ll try,” Jax says blowing on Ace’s ear, Ace shutters still sitting on Jax. All Jax’s heat heads down as his face turns red, Ace felt him underneath him and smiled starting to grind again.

Jax moaned sucking on Ace’s nipple, his tongue moving around and around. Ace held his voice, “We should probably move this inside, as much as I like it out here there are too many people that could be watching. I don’t want them thinking anything,” Ace says his face only a light pink.

Jax groans picking up Ace as he stands up, Ace wrapped his arms around Jax’s neck, “Don’t worry I won’t drop you,” Jax says smirking as he walks inside. Ace smiles as he sucks on Jax’s neck on the way over to the bed, Jax sets him down then lays between his legs. Jax grabs the top of Ace’s boxers and pulls them down, He lays his head on Ace’s thigh and looks at him. Ace stares back waiting, Jax slowly licks him.

“Ah,” Ace moans but then bites his tongue, Jax smiles sitting up a little. He licks the tip and then slowly starts to go down. Ace moans loudly, Jax keeps moving. Ace sits up and grabs Jax’s hair, Jax moans. Jax finally pops off and pushes Ace onto the bed, then moves him against the bed frame. Jax sticks two of his fingers in Ace’s mouth then pulls them out. He pushes both of Aces legs up with his shoulders and inserts his fingers into Ace.

“You’re topping today?” Ace asks out of breath, “A little different but I don’t complain,” He says trying to hold his voice as Jax moves his fingers in and out. Jax stares at Ace as he grabs the bed frame and moans, he then pulls his fingers out and moves closer. Jax, as he lays on Ace’s chest, puts his dick in. Ace moans louder as he grabs Jax’s face and pulls it towards his, Ace shoves his tongue in Jax’s mouth. Jax’s moves his hips and grabs the back of Ace’s head holding him up, Ace grabs his dick and starts moving his hand up and down. Jax moans in the kiss and so does Ace.

“What's that?” Jax asks out of breath.

“It means we have fifteen minutes, which means we have ten minutes to finish,” Ace says hitting the off button and grabbing Jax’s face. Jax started moving faster and harder, Ace does the same.

“Yeah,” Jax replied as he collapses onto Ace’s chest.

“Well, I need you out so I can leave in five minutes,” Ace said rubbing Jax’s back.

“Mmmmphm, If you have time tonight please come back,” Jax says pulling out.

Ace squints, “I promise,” He says getting up and wiping himself off. Ace tosses the towel to Jax and he does the same, “Do you have extra clothes, mine got a bit….dirty,” Ash asks looking over at Jax.

“Yeah, do you want big?” He asks walking over to his closet.

“You know I like it big,” Ace says as Jax smirks.

“Here,” Jax says handing Ace jeans and an oversized white t-shirt, “I’ll wash your clothes while you’re gone, for if you come back if not you can have them when you come next time,” Jax says walking over to the clothes and throwing them into the hamper.

“Thanks, I’ll try to come back tonight but I don’t know how long this next ones gonna take and I don’t know if I have anyone else booked for tonight,” Ace says zipping the pants.

“If you come back tonight, will you be staying the night or will you be going home?” Jax asks as Ace throws on the shirt.

“I’d be staying, I wouldn’t want to pay for another cab just to get home,” Ace says putting on his shoes.

“Will we do anything tonight?” Jax asks sitting on the edge of the bed.

“We would do whatever you want,” Ace said leaning against the wall.

“I don’t want to do anything, I just want you in my arms,” Jax says walking over to Ace.

“We can do that, doesn’t sound like fun to me but whatever floats your boat,” Ace said as Jax looks down at him.

“I want you in my arms now,” Jax says grabbing Ace’s hand.

“You know I can’t do that, do you know how much he pays. I wouldn’t be able to pay rent this month if I didn’t go today, he’s one of my biggest clients,” Ace said pulling his hand away, “Speaking of him, I have to go, see you tonight maybe,” He says walking out the door.

“Why doesn’t he just listen, why doesn’t he stay here with me. I know it’s not much but with both of us we could pay for this place and he could come help in the cafe,” Jax said hitting his head against the wall, he looks at the wall and sees a dent, “Fuck, I’ll have to fix that,” He says walking over to his bed. Jax picks up his phone and texts Ace.

“I’m leaving a key under the mat in front of the door, I might be in bed by the time you get back so just use that. If you want you can keep it, I have no use for it and you come here every week so it would just be easier,” Texts Jax

“Thanks, I’ll grab it tonight. Also, I’m sorry for just running out like that, you grabbed my hand and I just got scared. People don’t usually care about me as much as you do,” Texts Ace

“It’s fine I understand, I just wished I could’ve kissed you before you left. I really wanted you to stay, I don’t like when you go out and do things with other guys. Sorry,” Texts Jax

“I know you don’t that’s why I try not to bring it up when I’m with you, but when I have to leave I have to let you know. I can’t help what I do, I’m good at it and it makes good money. I don’t like it either but it’s fine,” Texts Ace

“If you don’t like doing it then come work with me in the cafe and live with me, it both of us work together we can afford the apartment. I just don’t want to see you go through this alone, so at least think about it,” Texts Jax

“I can think about it all I want but it’s not that easy, I don’t wanna talk about it right now especially over text. So if you're up tonight we can talk then, I have to go anyways. Seeya later,” Texts Ace 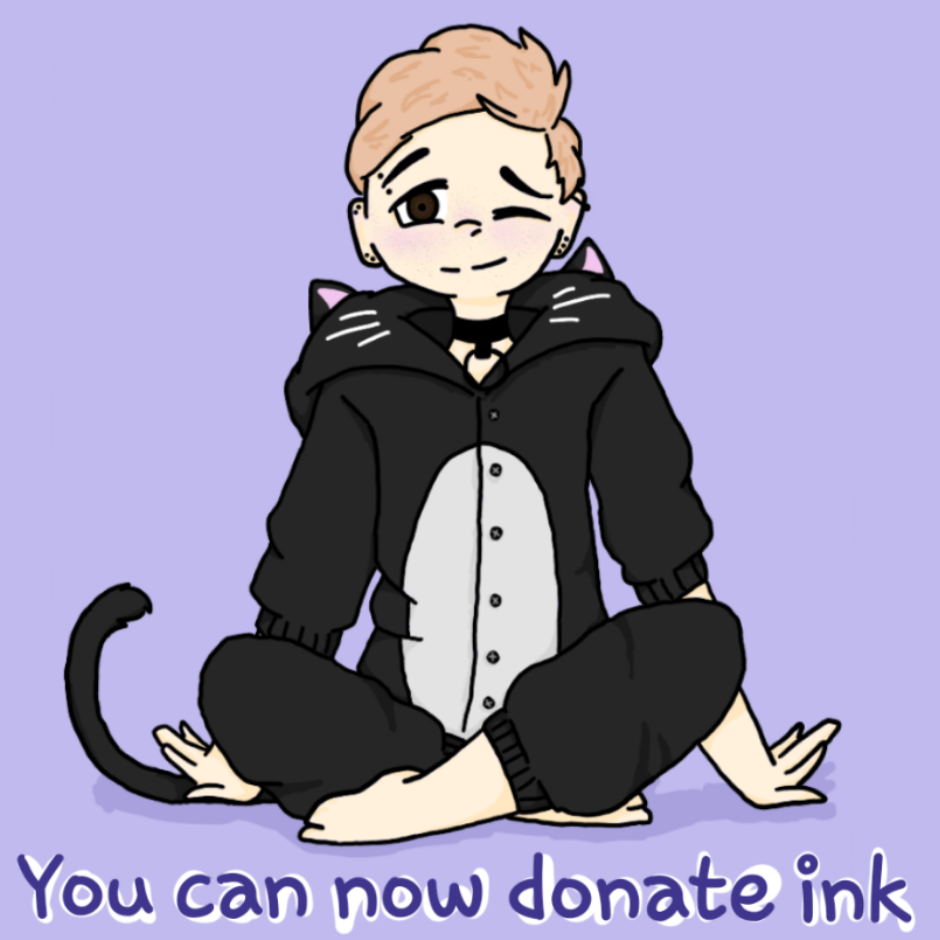 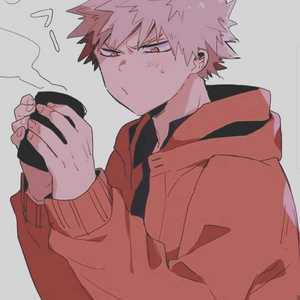 This chapter is about Ace and Jax, the two main characters. They have a strong relationship and have known each other for years, Jax tries to see Ace as much as possible and is trying to talk him into working with him. 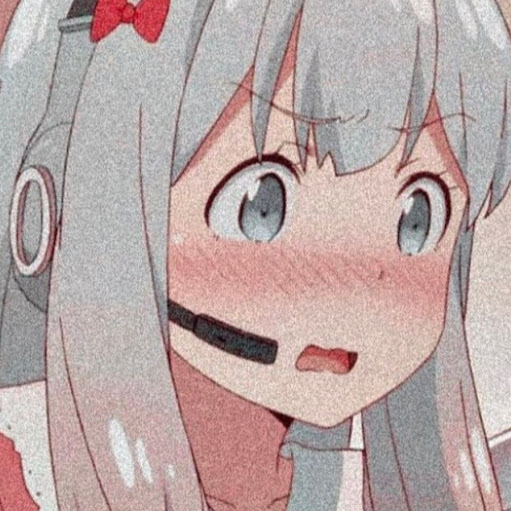 Hi, I’m Nadia! I really like your novel! As of today I’ll be one of your loyal fans! So don’t forget me when this becomes popular not that it isn’t right now it’s just it’s still starting! 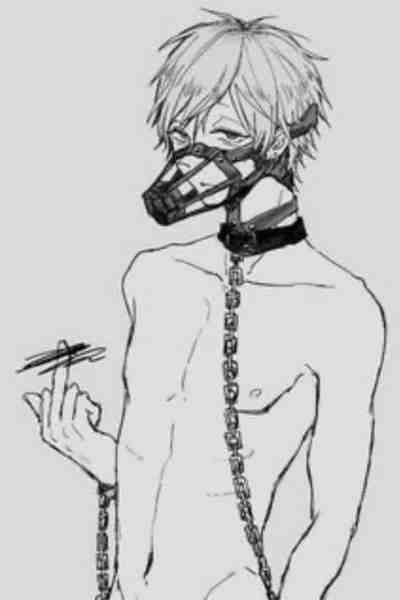 This story is about a guy who falls in love with a prostitute. I'll post eps. at least once a month, sorry this doesn't update as frequently anymore.
Subscribe 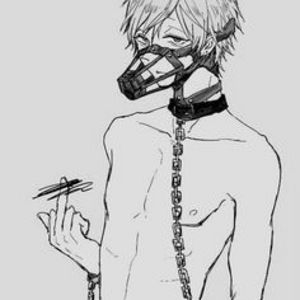