A young soldier, dressed in dark leather armor, shouted to his comrades to lift the heavy barred gate that separated the small castle of Hornvale, situated at the southern end of the Red Fork, beyond the Trident, and the rest of the Riverlands.

A small group of men on horseback waited patiently as the big door was high enough to let them through. They had barely set foot on the dirt ground that one of the men was called:

The man, a handsome young man, turned around to the voice. “Yes?”

“I’m sorry to bother you when you barely got back…” the messenger hesitated.

“It’s m’lord, sir; he has been asking for you all morning.”

He handed the reigns of his horse to the messenger and walked towards the stairs that led to where he supposed his lord was.

As Sir Stringer strided along the stone floor of the exterior pathways of the castle, he sighed. He knew all too well what subject his master, Lord Perryn, wanted to address…

But Stringer also knew very well that his lord was a stubborn man, who never conceded in front a man, friend or foe.

After a few minutes of walking, Stringer arrived where Lord Perryn was: on a balcony towering a small inner courtyard within his family’s private commodities. The lord, a middle aged-man with ashy blond hair, seemed content on this day, as a thin smile appeared on his tired face.

Sir Stringer took a deep breath, closing his eyes; he needed all his strength to resist his master’s persistence. He stepped down the first fly of stairs that led to the baclony, and was not surprised to see the lord’s head turn his way.

A bigger smile appeared on Lord Perryn’s face, “Ah! Daren, I wanted to see you! Come stand with me, son!” the man exclaimed, opening his arms.

“Good day my Lord! I apologize for my lateness, I was patrolling outside as you know.”

“Ah yes, that’s right!” the lord remembered. “Anything worth of notice?”

“No my lord, if there were scouts near Hornvale, they are long gone now.”

“Mmm, I will make sure to send more patrols from today on, we cannot be too prudent.”

“So Daren, have you thought about my proposal?” he inquired, looking straight into the younger man’s eyes.

The latter tried to resist the urge to avert his gaze, “I’m afraid my answer remains the same, my Lord…” Daren asserted.

Lord Perryn sighed, “I figured as much… I cannot believe how thick this pretty head of yours is!”

Daren chuckled; it had been a good fifteen years since he had set foot into the castle. Lord Perryn had taught him how to fight even though he was just a lowly and rebellious boy. Daren could tell that his master considered him like his son.

“I think I have you to thank for my stubbornness, my lord!” Daren mused with a smug grin on his face.

“Ha, ha! That is very possible indeed!” the lord agreed, clapping a hand on Daren’s shoulder.

Suddenly, voices emerged from below the balcony, in the small courtyard. Lord Perryn looked back down, and the same content smile appeared on his face.

As Daren followed his lord’s gaze, he immediately saw the reason of such reaction:

Two young women stood in the center of the courtyard, apparently very agitated by the conversation they were having.

“Daren, look at them…” Lord Perryn said after a few seconds. “I only want what is best for my family.”

Daren sighed, “I know that very well, my Lord, but I still-”

“I honestly cannot understand why you keep on denying my daughter; is she not good enough for your taste?” Perryn inquired, a very judging expression on his face.

He turned his eyes back to the two girls below them; Lord Perryn’s daughters.

Both of them suddenly turned their head towards the two men, apparently now aware of their presence. They waved at them politely.

“Hello father!” one of the young women said.

Her name was Freiyana. She had just turned 17, and was the youngest of Lord Perryn’s children. She had thick curly hair of a vibrant copper color that encircled her freckled face and hazel eyes.

Daren had know her for most of her life, and had grown quite fond of her tomboyish temper.

The young man shifted his eyes to the voice, which belonged to the other daughter.

“Good day to you too, my lady.” he replied, bowing his head.

She was Alysanne, a young woman who was now almost 19. She had beautiful golden hair styled in a braid that lazed over her shoulder. Her piercing green eyes stared at Daren with such intensity he had to avert his gaze for a second. Alysanne was rumored to be even more beautiful than the Queen, and was thus a really sought after maiden.

“My Lord, your daughter is very fine woman, who deserves a good home and happiness.” Daren explained. “That is why I must reject your proposal… I do not own land or even money, how could I possibly take such a refined lady as my wife…?”

“Look at her, son… Can you not see the desire in her eyes?” Lord Perryn said. “The girl could not care less about your fortune! And I trust you more than anyone in this damn Kingdom to keep her safe and happy!”

Daren clenched his jaw and lowered his eyes, “I am very sorry, my Lord… But I must once again decline!”

He shot a gaze to the girls, who were still looking up at them, and noticed that Alysanne had now a pained expression on her face. Daren could see that she was infatuated with him. And he was one of the rare men in Westeros who did not look at her with lust, or any other romantic intent for the matter.

He knew himself well enough to know that he could not bring her any affection; and did not want to waste a maiden’s prospects, even for the man who put a roof over his head.

“If you will excuse me, my Lord, I need to attend to some matters with the blacksmith and the kitchen.” Daren announced.

He took a bow and left, not waited for a reply.

“Stringer!” Lord Perryn shouted. “We are NOT done with this conversation, son!”

“Oh I know, my Lord!” Daren replied bluntly, climbing back the stairs he came from initially.

And I know why you are pressing the matter this much… Daren mumbled. The feast is approaching. 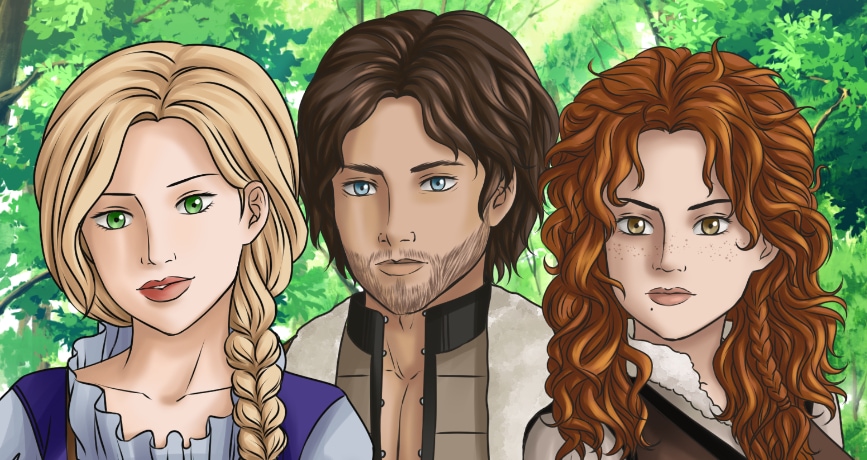 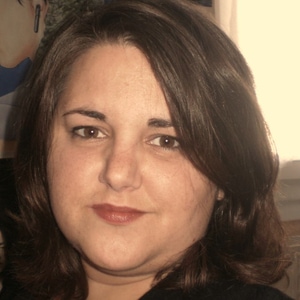 Woosh, first chapter of the other story I'm currently writing!

It is normally an illustrated story, but since I can't add pictures to the chapters in Tapas, you can go to my Patreon to see the artworks that go witht story: 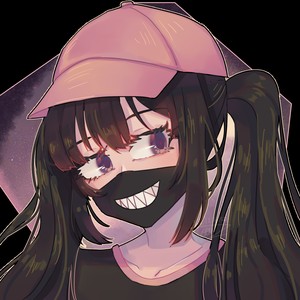 Gotta love a GoT-like story ^^ Ps. I read yout AN and i do know you can add pictures to your chapters. I think you need firefox though or something like that. If you just google "How to add image to novel on tapas" you should get a better answer than this. Hope this helps ^^ 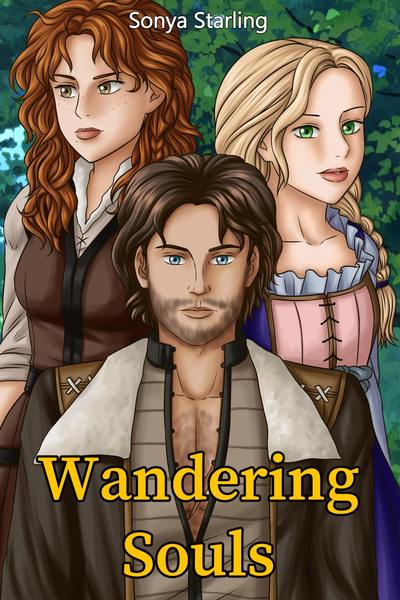 A story set in sort-of-Westeros, telling the wandering tales of three characters who must thrive and survive in a harsh world. They lost their home, and are searching for a way to recover it.

Friendship, love, jealousy, betrayal; they will encounter all sorts of new emotions and experiences throughout their journey.
Subscribe 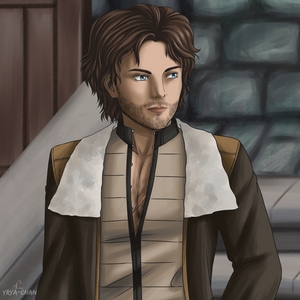