I'm basically a nature loving geek who likes to whistle like a tiny bird. As an artist and writer, I guess you might say I'm for making quality over quantity, right? (๑•̀ㅂ•́)و✧

Also a proud mother of the cutest toddler ever to toddle the earth.

Oh gosh, has it been like a year since I last updated MHM??! Uhhhhhggg sorry guys. It's been a whirlwind. You may understand, 2020 and all, especially any of you who are parents. Aside from the usual 2020 messes, I had a second baby, got baaad food poisoning, moved, and am currently trying to get a raised garden built while also being a mom to two young kids. Not much free time lately... or sleep... you know. Life. But I'm not dead and I managed to steer clear of Covid19 so far (knock on wood)! So there is hope that sometime my baby will sleep through the night and I'll have energy and time to draw again. Hang in there with me! 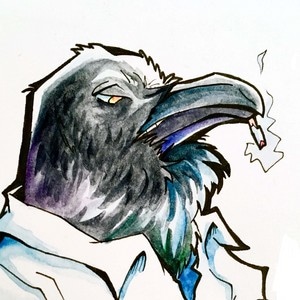 I'm glad to hear you're alive haha! congrats on another baby! It's funny, I was just going through a lot of my bookmarks yesterday and came across MHM and thought about you. Good luck and stay safe! :3

Thanks so much for your care and thoughts!!
Reply  to conversation

I finally finished those commissioned projects that I meant to get done by the end of the year. I didn't quite make it by the end of it, but I was only off by one or three weeks and now the slate is clean again at last, after 2 years of rapidly falling behind. Hurrah!!

And that means I've been mostly freed up to restart work on MHM, which I have. I did mean to get a continuation page out this month (which I'd already started on), but after much thought and indecisiveness, I decided the reason I'd been freaking out so much over this current flashback was because I wasn't going about it in a way that flowed right or made sense. This next page release will actually back track a bit to right before the flashback started, with Shaun and his Dad. That scene needed to be finished with a proper confession before we moved on, instead of leaving it at an off screen confrontation referred to later on. Just three extra pages. I may adjust the flashback a bit too, because while it focuses on Shaun's perspective, there are things in it of which Shaun was not aware, and it will be a bit longer than just a flash. Anyway, long story short, I'm moving back a bit so I can move it on, and I'm feeling good about it now. Only took a couple years, right?

As for sleep, since my cute little guy wakes up after 7:30 now, I'm slowly recovering? I still stay up too late. But that's on me now hehe.

Since I didn't finish a page for you guys this month as promised, here's the WIP if you're interested in seeing it.

Also, a special thanks to those who have been giving me ink and/or have followed my story all this time. You're incredible!! 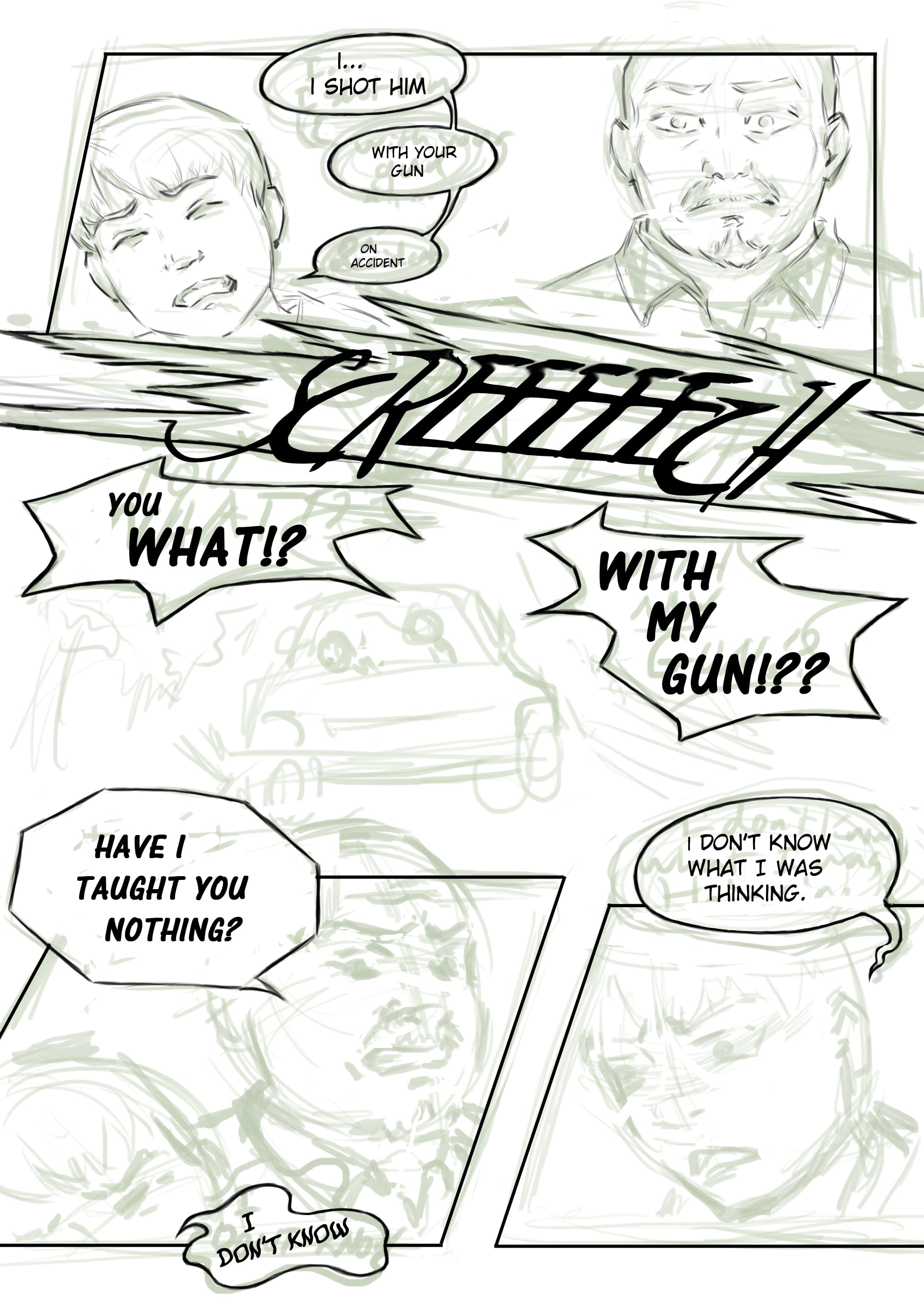 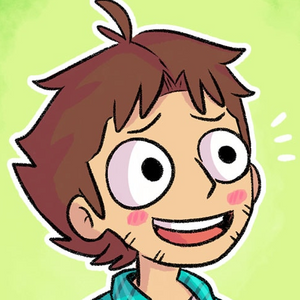 Yeay! Glad to see you are getting things on track again, and I'm aslo excited about new pages <3
Rememberr to take care ofyourself!
Reply  to conversation

OK, time for a much needed update (skip the next two paragraphs if you just want to know about my comics, not my life): These last two years, I've pretty much bitten off more than I could chew (between taking care of a new child, too many big art commissions at once, traveling and doing fun things with family, regular house and yard work, watching too much TV after that with no energy for much else, and not sleeping enough, partly by choice), and pretty much what's suffered the most are my personal projects, especially my comics.

That and the sleep (like consistently, seriously not enough sleep). I think I vastly underestimated the importance of sleep and only realized how badly it was affecting me when I tried to do simple mental math (like adding and subtracting simple) for a card game with a friend and found it really... well, it was a little embarrassing. I'm usually better at things like that.

Soooo long story short, I didn't really take it easy, haha. I've been a sleep deprived bundle of anxiety over what I couldn't or didn't want to get done. I've got one last commissioned project I'm finishing and then for the rest of this year, I'll be planning and drawing out ahead of time as much of my Marsh Hallows Myst comic as I can so I can stop stressing and whip the pages out faster. And then next year starting January, I'm limiting the commissions to manageable levels so I can get back to coloring my comics at a faster pace than glacial. I've already started getting more sleep and I think my brain is returning slowly. I can remember what I had for breakfast. ...Mainly because my beautiful son had some too and smeared it all over the kitchen table this morning with his yogurt. :)

Thanks as always for sticking with me guys! I'm not dead yet! MHM will resume in January! In the meantime... Happy October! 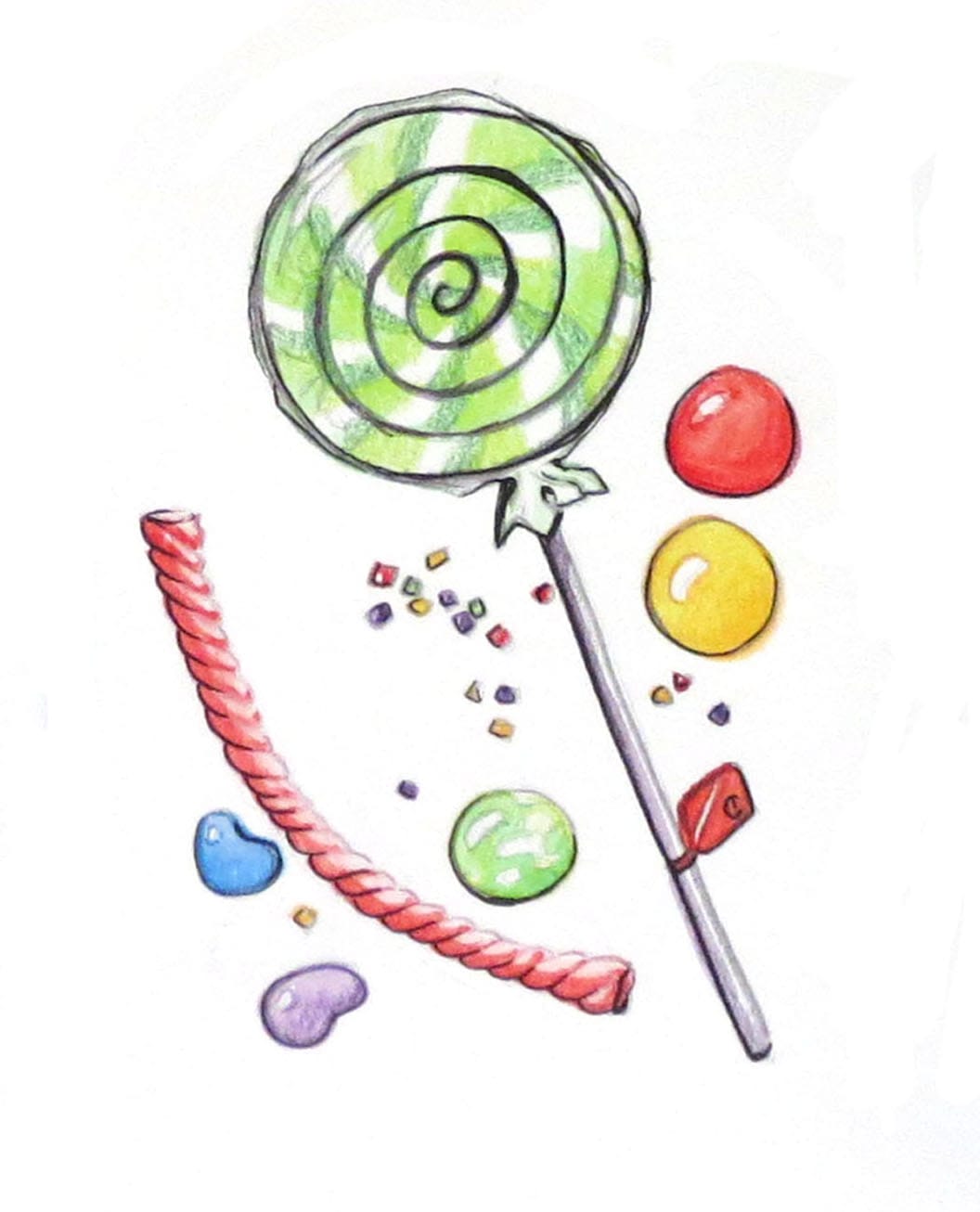 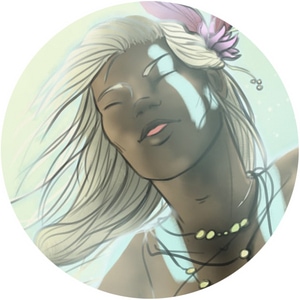 Take care, we will be happy to have you back when you are ready.

Thanks for being so patient guys <3 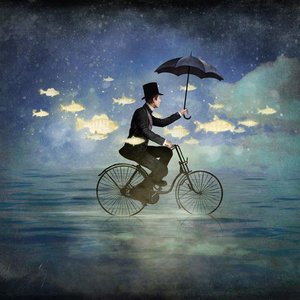 In case you're not subscribed to Whistlefeathers:

I may have cheated and re-purposed the line art, but this valentine has been text modified and colored for you guys because you also deserve some love! Thanks so much for staying with me and reading my comics! Whether you're single, married, dating or dreaming, I hope this day was full of friendly faces and caring smiles for you all. :D 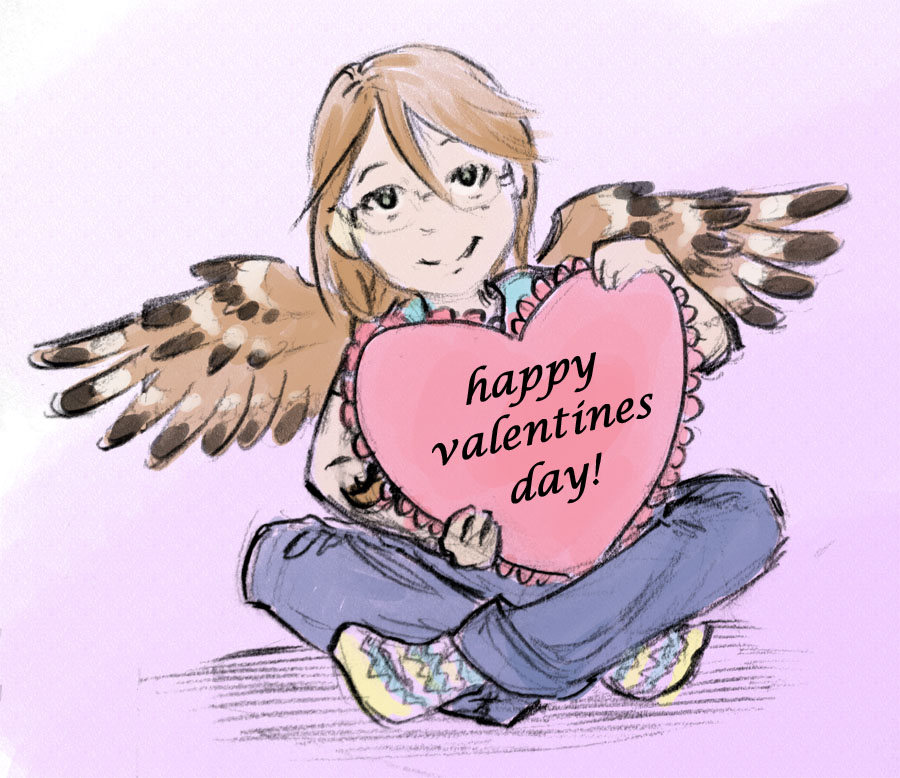 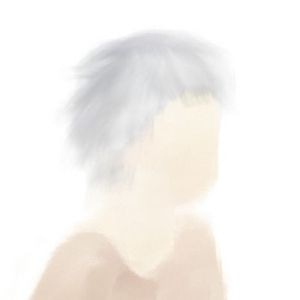 Happy New Year Everyone!!! Wow, this year has been crazy, and not just for me. To start the year off I want to say, thank you, thank you again to everyone who has been following me and my comics, whether you've been reading since the beginning or just started. And an extra special thank you to those who tipped me--I really do appreciate it! Every little bit helps this to keep going. I'm still so excited that there are people besides me who can get to know my characters and care to follow their adventures.

May 2018 treat you all well, and may the comic pages come rolling for all of us!

Here's an early character design sketch of Zack and Shaun as kids. Just because. 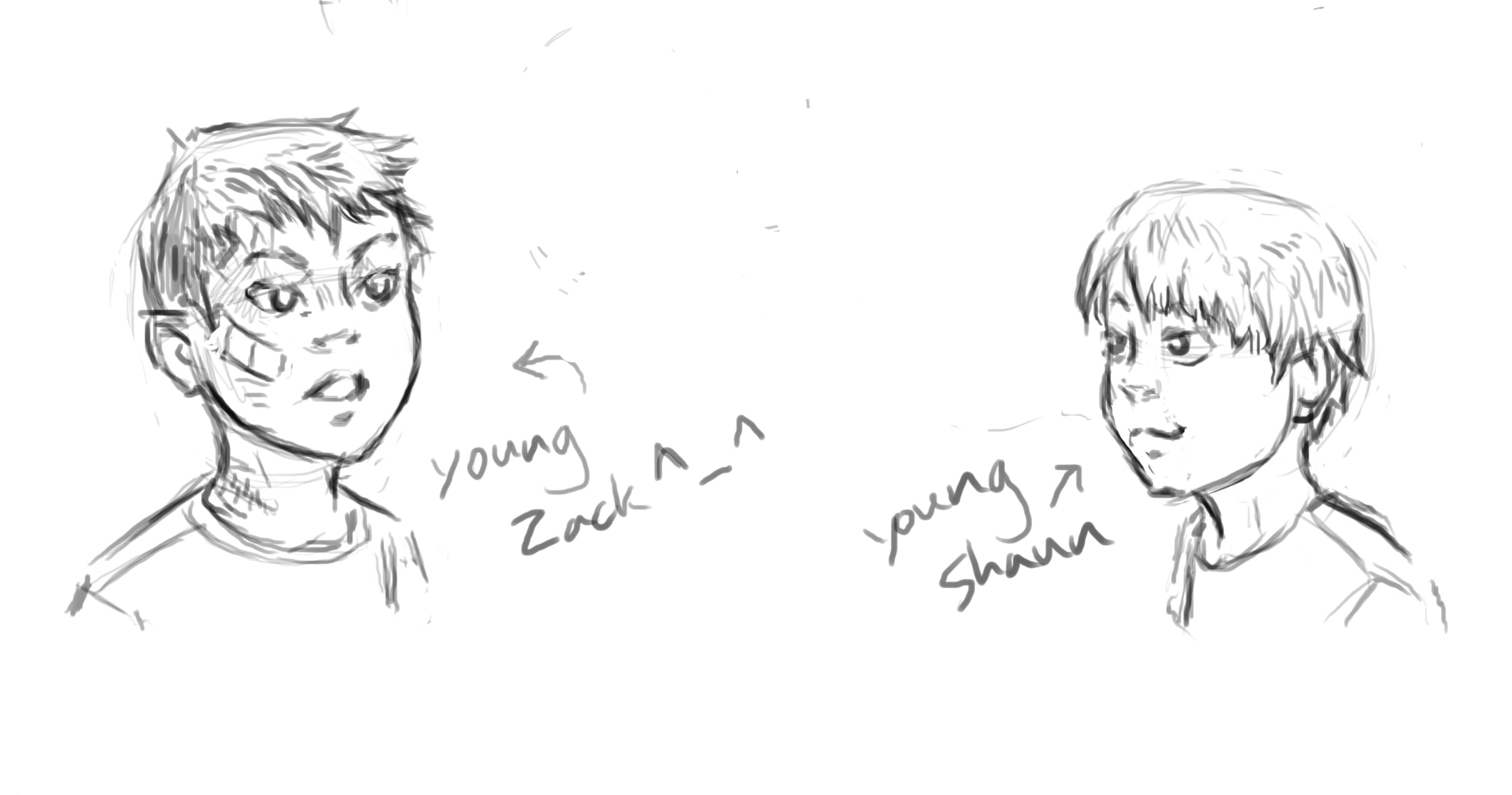 Zack: Am I accident prone
"Shaun" Does a bear shit in the woods

i hope my pages roll too haha
Reply  to conversation 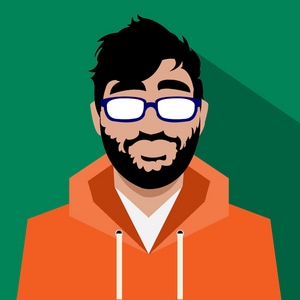 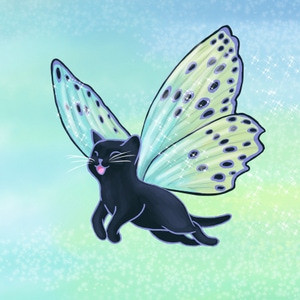 Thanks for subscribing and have a meowvelous day! I love your art, it's amazing!!<3 <3 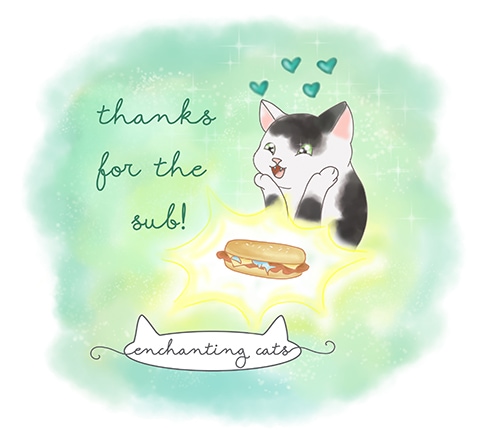 Haha enjoy the sub little kitty! You're welcome and thanks! =^w^=
Reply  to conversation

Of course! Good luck on the continuation!
Reply  to conversation

Streaming again now! Just for an hour or so maybe, working on Q and A questions. Feel free to join if you want. :) https://picarto.tv/whistlebird
Reply  to conversation

Well, the video seems to be lagging, but for the first time in a very long time I've decided to stream some art. I'm working on that Q and A I promised much too long ago. I know it's a bit late for many, but if you feel like it, come and watch!

I guess it's over already?
And a link to the stream would have been helpful ^^

Oh crap, I totally forgot about that part! It's been ages since I did it last and I thought I had gotten it set up right, but... oh well. I only had time for an hour and a half or so anyway. I plan to do it more often though, on the evenings I draw comic stuff.

Hope to catch it next time ^^
Reply  to conversation