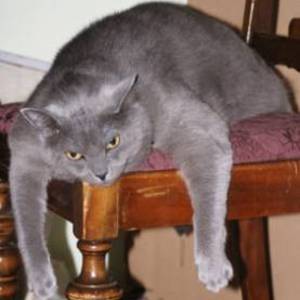 I like cats.
I'm a liberal degenerate.
I have moderate social anxiety.

I'm not sure how many people this will reach since most people are like me, and kinda... don't really look at wall posts. Lol (I'm so sorry mutuals!)

Anyways, a while back I got a couple sensitivity readings, sorta, I didn't have a script so I just crappily described relevant scenes. The reading was for Julian being intersex. I made the decision to change their sex after chapter 3... or somewhere in the middle of it (They used to be an AMAB transfeminine non-binary person.), but realized just last year that I probably should get second opinions on the decision since that community is so small and heavily shat on.

After getting the readings I thought that maybe the change was a bad decision since I will be touching on sex, gender and self-loathing in future chapters, a decision made when starting to comic. Although I've been having a difficult time with figuring out what to do, making Julian intersex felt right like a puzzle piece that fit, but I feel it may not be my place to do so and would it even be my story anymore if I did given I'm not intersex.

I've gotten some mixed opinions on this, some saying to change them back to being AMAB because it would be insensitive, while others are saying to keep it as is because all my character are extremely flawed people making awful decisions, the story may be cathartic for some intersex folks, and I'm honestly not part of any group in my comic. Like, I'm an AFAB transmasculine person who was raised white (Emphasis on 'raised', I'm mixed race, just raised white by the racist side of my family.), other than the white part I don't have any personal experience being any of my characters. I can't even say with confidence the mental health stuff is own-voiced because I've never been diagnosed with anything other than social anxiety.

So to add to the discussion, what do you all think? Should I stick with my change to make Julian intersex? Or change them back to being AMAB non-binary?
17 comments 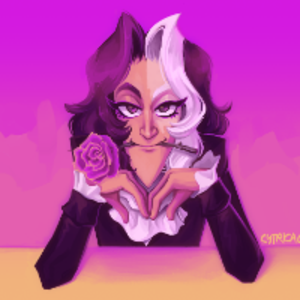 but as the only intersex character in your story, as well as not being intersex yourself, it is probably not a good idea to have a substantial part of your only intersex character be suffering and treated as a fetish by everyone around them. even if it is seen as bad, it could also be seen as a sort of a way to "get off" on the suffering of another person.
you do not have to be a bigoted person to do these things, and it is a mistake to see yourself as evil for making a mistake or being misinformed. again; intent is only part of the story, and perpetuating a trope of suffering minority characters is not usually the best thing to write about unless you are of that minority yourself, because it comes off as trying to tell someone elses story, and you will never know the entire nuances.
this isn't to say you cant write about marginalization at all, but to be a center point of someones story with no happy ending can come off as insensitive. i don't know if your story has a happy ending, and i do believe in holding off judgement until all the cards have been played, but that is my food for your thought.

from what i had gleaned from the story before is that daniel is a creep, fetishizer, and a twofaced bitch, and his intentions are not good for julian. he's already been established as an abuser and i think with a bit of thinking it would be clear that any attempt at having sex with julian comes from manipulation and fetishization.

for apollo, i definitely got the feeling that he's deeply, deeply ignorant, and still thinks of julian as his childhood friend and not the person they are now. growing pains is to be expected on his part, but i want to believe that he can improve and go back on his beliefs if he really, truly cares about them.
your story is about a lot of deeply flawed and morally ambiguous actions. suffering and hurt is to be expected, but if it is all just suffering, then it just comes off as yes, some kind of fetish for suffering. but i don't think you are evil for writing flawed characters who are wrong and bigots at the time. just be aware whos stories you are writing about and be respectful.

it's hard to trust your reader to understand the nuance and that depiction is not inherently positive. you need a reader who can bring their own morals in with them and interpret the story as well. a lot of people on the internet really fail at critical analysis because they come off from a lot of YA and childrens media which wears their morals on their sleeves and get mad when something isn't shown with immediate consequences.

Oh gosh, yeah, maybe the intersex thing was a bad idea. I do want to clarify a couple things, only Daniel fetishizes Julian, no one else even knows about Julian's sex except Apollo and even if they did they wouldn't be interested in any way. I was just thinking "Am I a fetishist for just wanting this character to stay intersex?", there must be something up with my brain to be having a hard time with this decision. The readers I was talking about were two sensitivity readers I hired, they were paid close to $100 each, surprisingly you all have been super chill. I really appreciate you all, and your willingness to deal with all the crap I throw at you! Also there will be a good ending, it won't be perfect but it will be as positive as it needs to be. Legit there are only a couple more chapters of awful left, the last four will start focusing on therapy and self-care. There will still be hard stuff, but they'll be more "changing to get better is hard" instead of "everything sucks".

I admit that making my characters not in my group was a bad thing (I'm an asexual transmasculine person.), other than Apollo all the others just sorta happened. Maybe a couple characters are like me, but I just can't imagine making all the characters like me, not without putting a lot of effort into it at least. Rep kinda sucks like that when it comes to personal, heavy stories. I want my comic to be mine, it's basically me venting all the bad stuff I've internalized throughout my life, and a lot of the stuff that happens plays off stuff I've experienced in some way, but when you use characters that literally aren't you it's not your story anymore.

Fff the thing I really like emphasizing to people is Julian currently isn't stable enough to be in a sexual or romantic situation, their physical and mental health is not up for that, and none of that stuff is consensual even if Julian agrees to it. Daniel is a super gross dude, and I'm glad most of my readers have been able to catch onto that even though I haven't made him super obvious yet.

Thank you for dealing with all my rambling, and continuing to discuss this with me! I'm sure it's not the most fun thing to talk about, but I really appreciate you!
Reply  to conversation 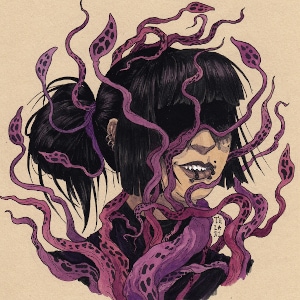 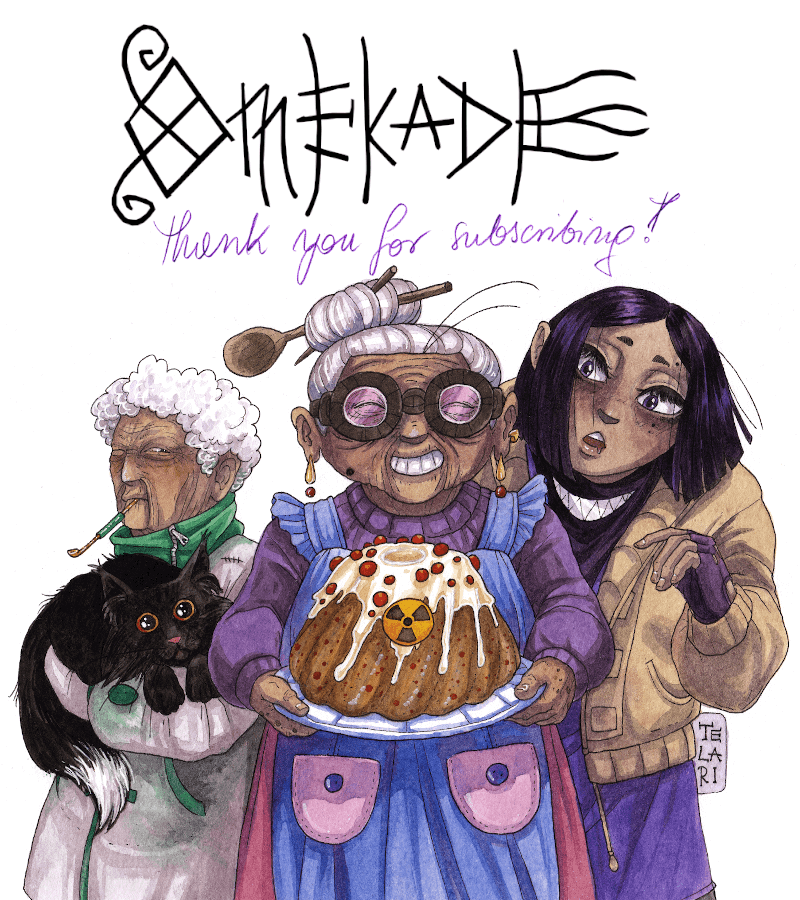 Heeey everyone! I'll be participating in the QCE (Queer Comics Expo) as a speaker on Saturday. I can't tell you what it is until after I get the 'Okay' to, but if you're interested in joining the event (And see me flounder live on camera.) you can buy tickets here:

Use the promo code "QUEEN" for a discount.
Reply  to conversation 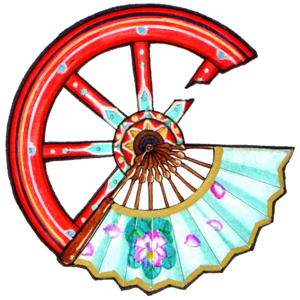 Thank you for subscribing! Hope you enjoy reading 😘 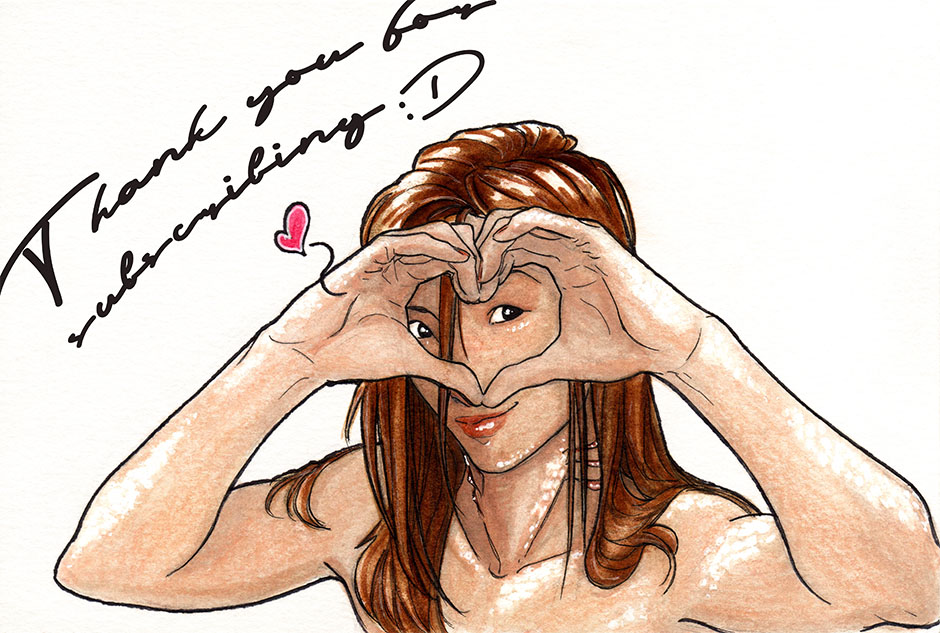 No problem, it's refreshing to see another traditionally drawn comic, and I'm really loving the style and use of medium.

Aw, that's so flattering, thank you! ❤️
Reply  to conversation 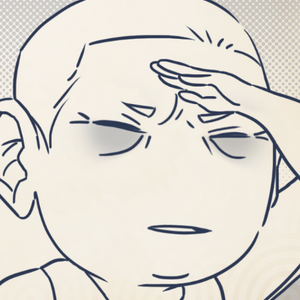 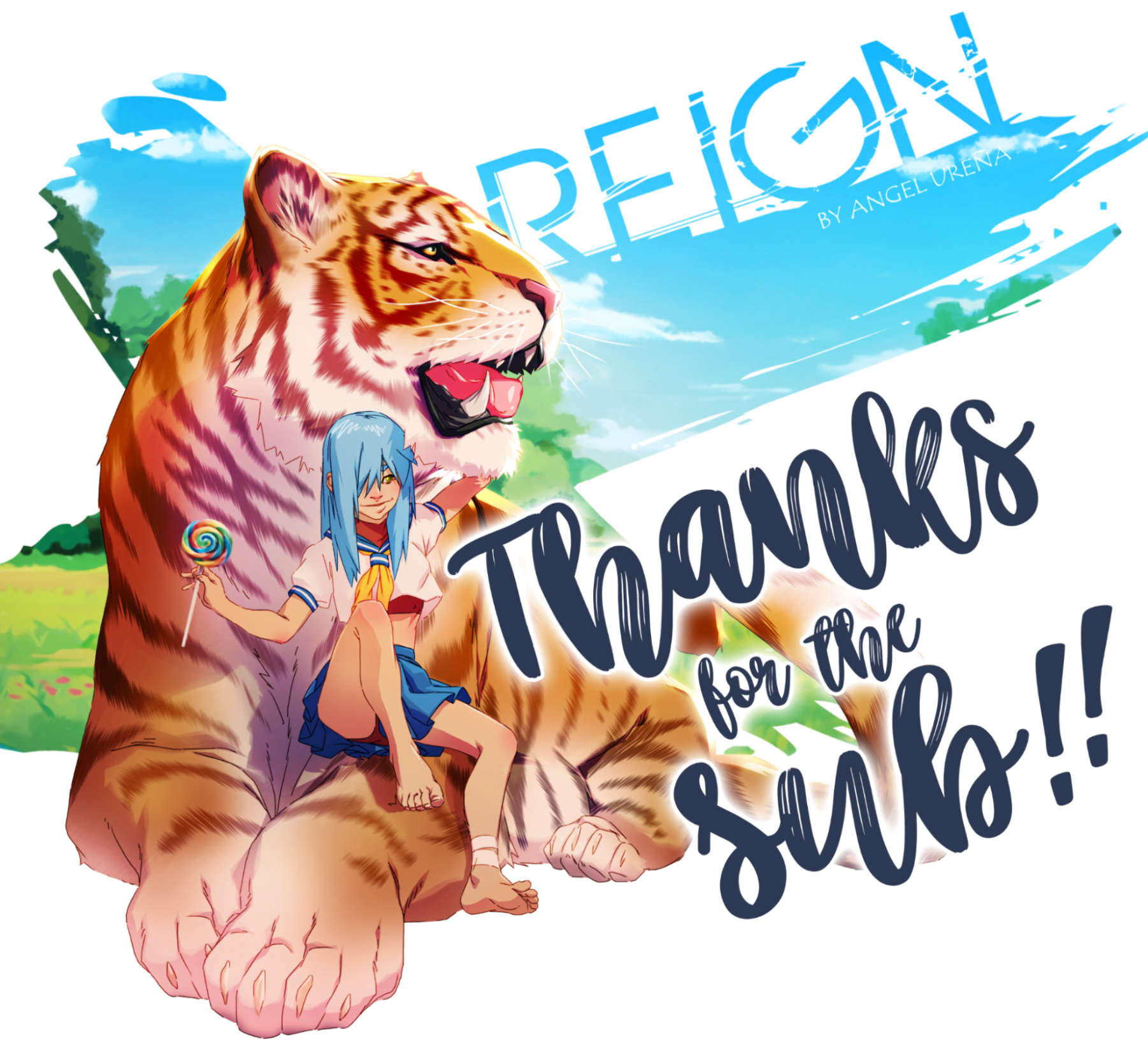 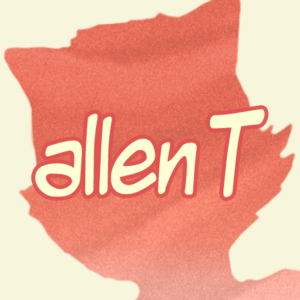 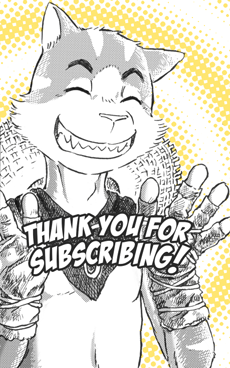 Hi everyone! Due to my new job I won't be able to update until this evening. Maybe in the future I'll start using the auto-update feature so you all won't have to wait, but until then my apologies for the inconvenience! 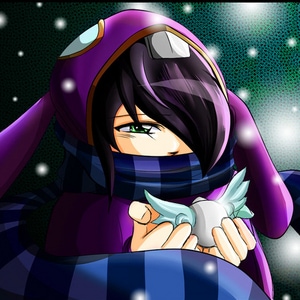 Congrats on the new job! We can wait :) 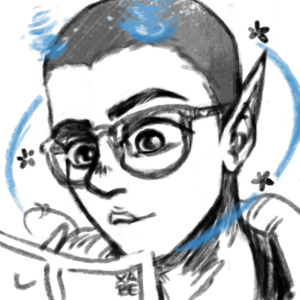 Congratulations, don't worry for us :D
Reply  to conversation 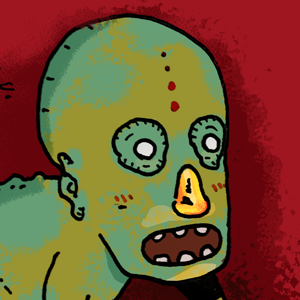 For thine loyal support to the Sacred Art of Redrawing, and by the Holy Ceremony of Linking, we hereby say to thee, oh your Cuteness Dany the Cat: 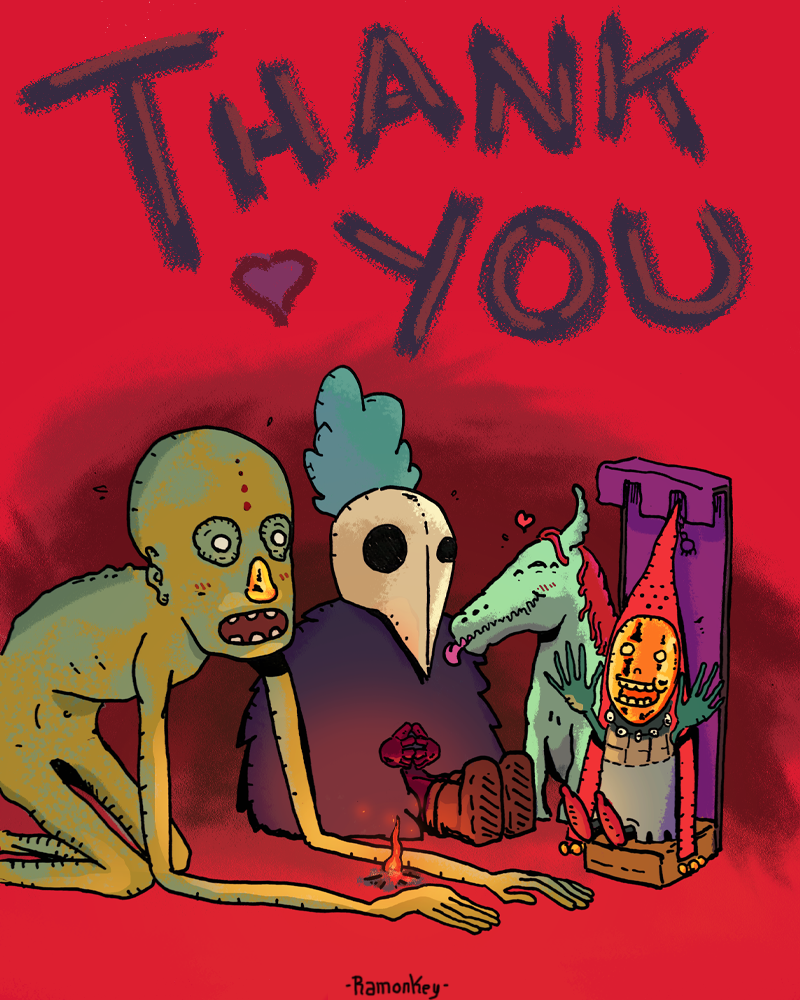 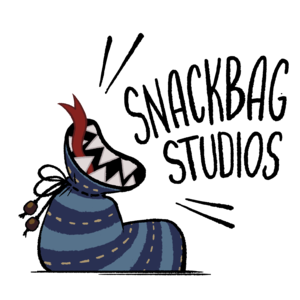 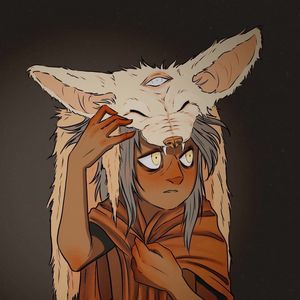 Im glad you liked Eeon’s Odyssey! We’ve checked out your work, and its very creative, you are very skilled in your medium! 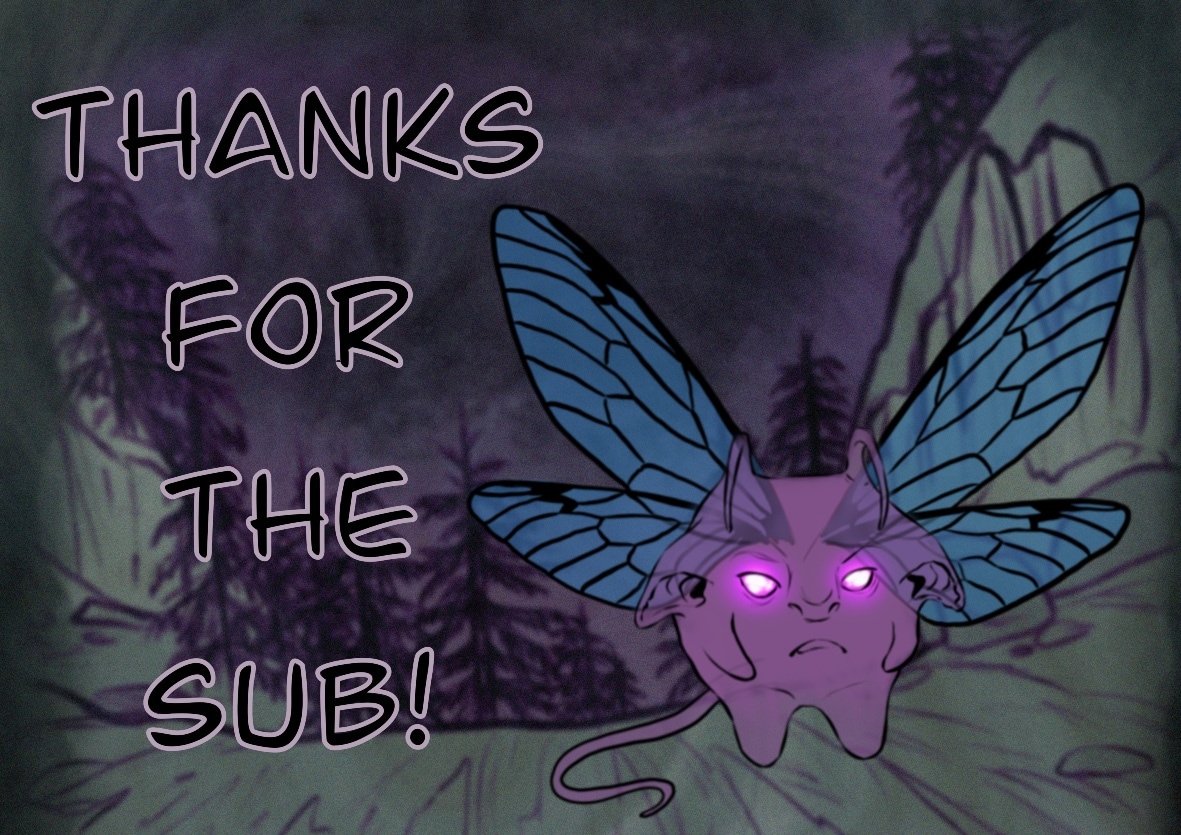