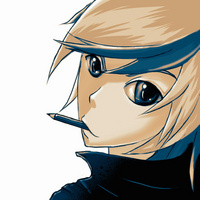 Hi! I'm a self-employed comic & manga artist, thanks for reading my stuff! The first series I ever made - "Nightshade" - is now on Tapastic! And I'm working on the HUGE sequel (Strike 2) - It's mystery/action/psychological thriller. You can buy the physical books on my online store, or on Amazon or Waterstones.

I have a Patreon too, If you would like to support me, then that would go a long way <3 (and thank you!)

Next convention I'll be at is MCM expo Birmingham, 23rd - 24th November. 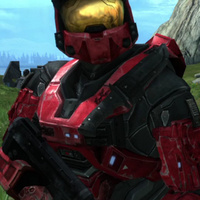 sorry i haven't been reading something came up but i am back to continue the story of the deadly nightshade!!! WHOOO!!!!

Don't worry about that! Read at your own pace, I'm just glad you enjoy it!!
Reply  to conversation

Here's where you can find me this weekend! Literally walk right down the middle and you should spot the Nightshade banner without a hitch! ^_^ Can't wait to show you the behind-the-scenes look at Nightshade Strike 2!! 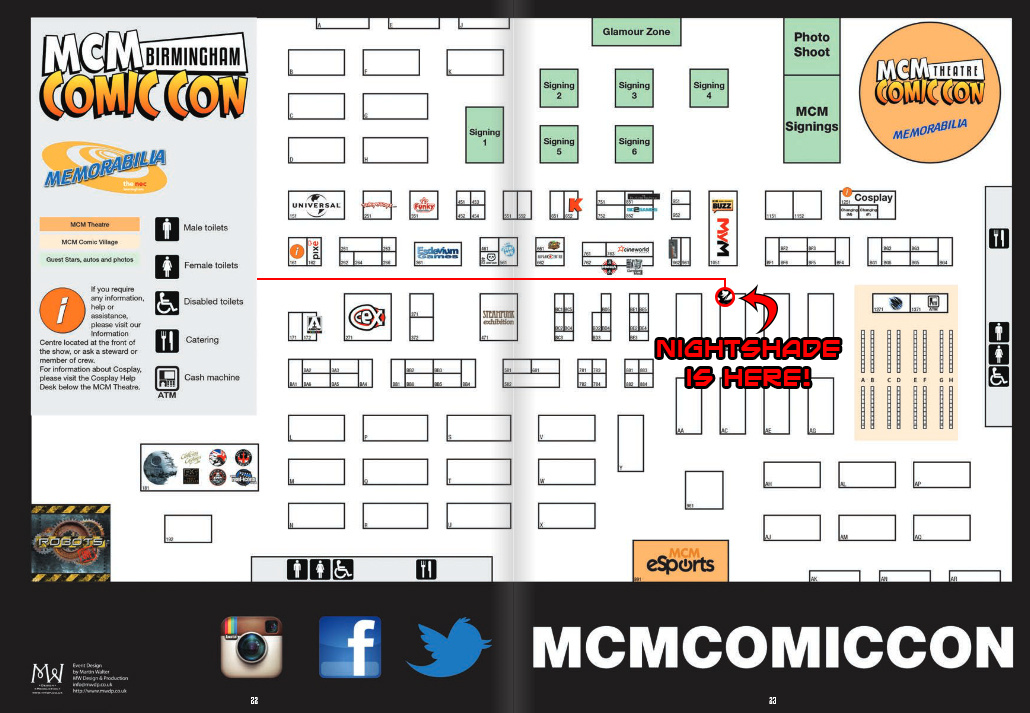 1) I'll be at MCM Birmingham Comicon UK on 21st - 22nd November '15 with all Nightshade merch + prints + the published books as well as advanced previews of Nightshade Strike 2 which is coming in 2016. Everyone is always so welcome, I love talking to readers and we're all pretty easygoing so don't be shy! I'm located at block AB, table 3 - if you walk directly down the middle aisle you will see me. A couple of things nearby include the Manga UK and MCM Buzz stands, we also have a big 6ft banner so maybe just look out for that! ;)

2) Nightshade series one is almost at an end! Chapter 25 is the last of the first season, but most certainly NOT the end of the story. Nightshade was my first series and I made it a while ago now. Since then I have worked full time as an artist for manga and graphic novels around the world, so you can expect this experience to be reflected in the new series, as I have learned and improved a great deal :) Nightshade Strike 2 has been in development for nearly a year and is due to come out 2016 - you will be seeing a full season 1 illustrated summary, some teasers and a big, full-color prologue chapter before Strike 2 comes out though, so I won't be leaving you with nothing to read!!

3) I have been in and out of hospital following surgery, which is why "If I Met..." hasn't been updated for a while. You'll be seeing the next installment very soon, this time I will be meeting the Sabre family! ^_^

Thank you for reading my manga & comics! :D
- Hanna x 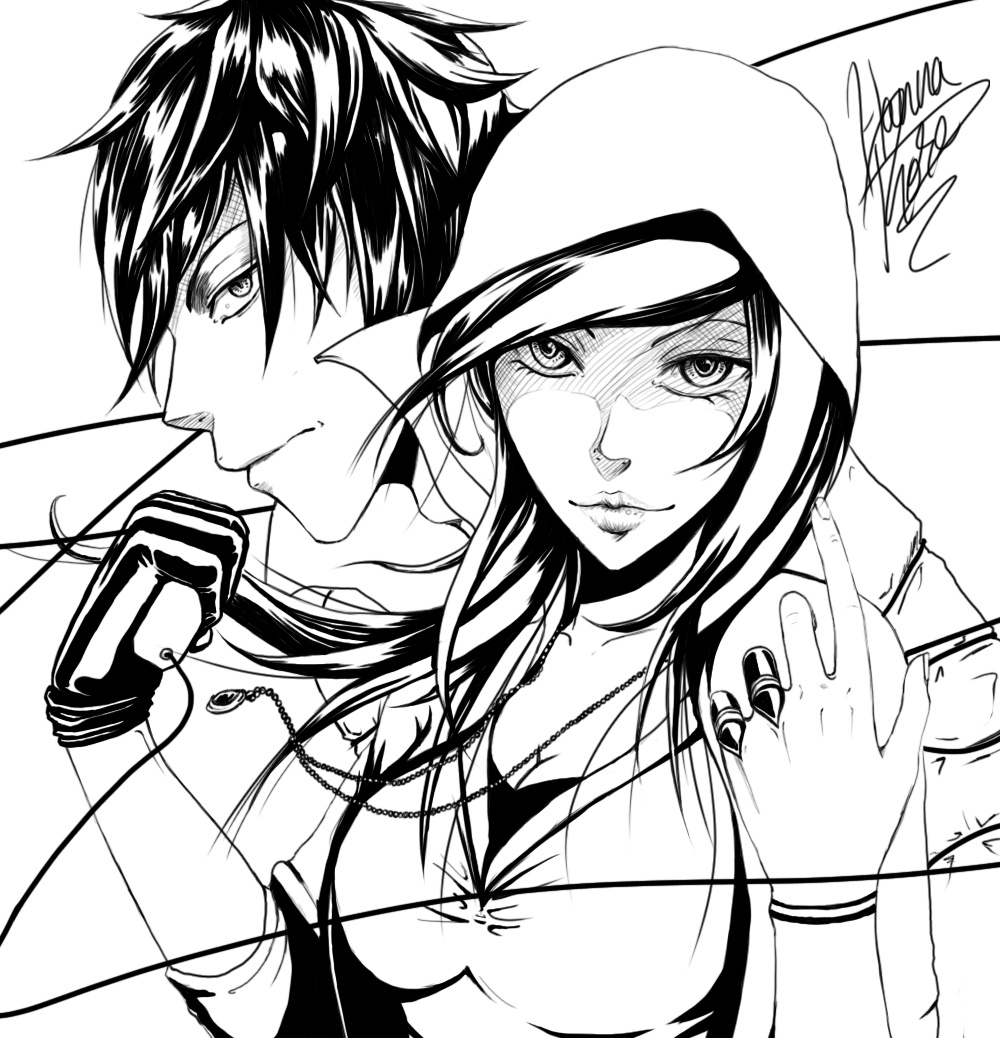 1) I very much like to got to the Comicon, but I don't live anywhere near Birmingham (or the continent, for that matter). Nevertheless, I wish you luck.

2) So we will be having a hiatus? My Monday Jackpot won't be that great anymore...But if I may ask, when in 2016 are you planning to start season 2?
And is there going to be a timeskip?

How sad, it would have been lovely to see you T_T

The release date will be announced with the big Prologue that's coming out - it should be mid 2016, but as I work on 3 or 4 different graphic novels at a time right now, I have to be certain there's enough Nightshade content backed up before I start releasing anything (otherwise I'll fall behind and that wouldn't be good >.<). I have already started drawing season 2 though :)

There will be a hiatus, but updates will flow constantly from my various social media places - I've made a big summary of everywhere you can see updates that is attached to the end of chapter 25.

The timeskip is 4 years, so as you can imagine, everyone's a bit older, looks a bit different and has had various experiences in that time! :) It's also set on a bigger scale - We see a lot more of Uptown and there's conflict occurring city wide involving both gangs and government, with Nightshade playing everyone and our protagonists stuck in the middle!

Of course, your real life work comes first. I am thankful that we get such long chapter weekly. I can wait for a few months.
And you think Bella would learn from all the chaos in Downtown and everyone wanting her head. And now she is expanding her 'territory'...Sasuga Bella.
It is a little early, but I am already looking forward for the second season.

I'm glad I'm not the only one sitting here excited xD I hope you enjoy the last chapter of season 1!! :o
Reply  to conversation 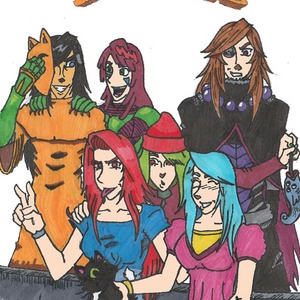 Your style is amazing. I can't stop reading Nightshade!

Thank you so much! I'm really glad you like it! :D
Reply  to conversation

Hey! I got news! Not the 100% awesome kind, but the important kind. I gotta go have an operation on Friday (11th September) and I'm not s'posed to work (AKA "draw") for a week following that T_T Nightshade will carry on as a scheduled because I've already drawn the chapters, but it does mean no new "If I met" for that week D: Sorry <3 I'll try my best to get the next one (It's a good one!) finished before Friday, but I'm trying to fit all my freelance work in before then too! Soon though, I will be free to make comics on a normal schedule again TvT ...soon. 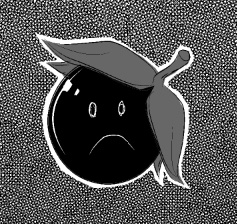 Nightshade: Daily or weekly?
Is a chapter a day too much to get through?
Is a chapter a week too long to wait? Something else even?!
Please let me know what you would prefer! Thanks (⌒▽⌒)☆ 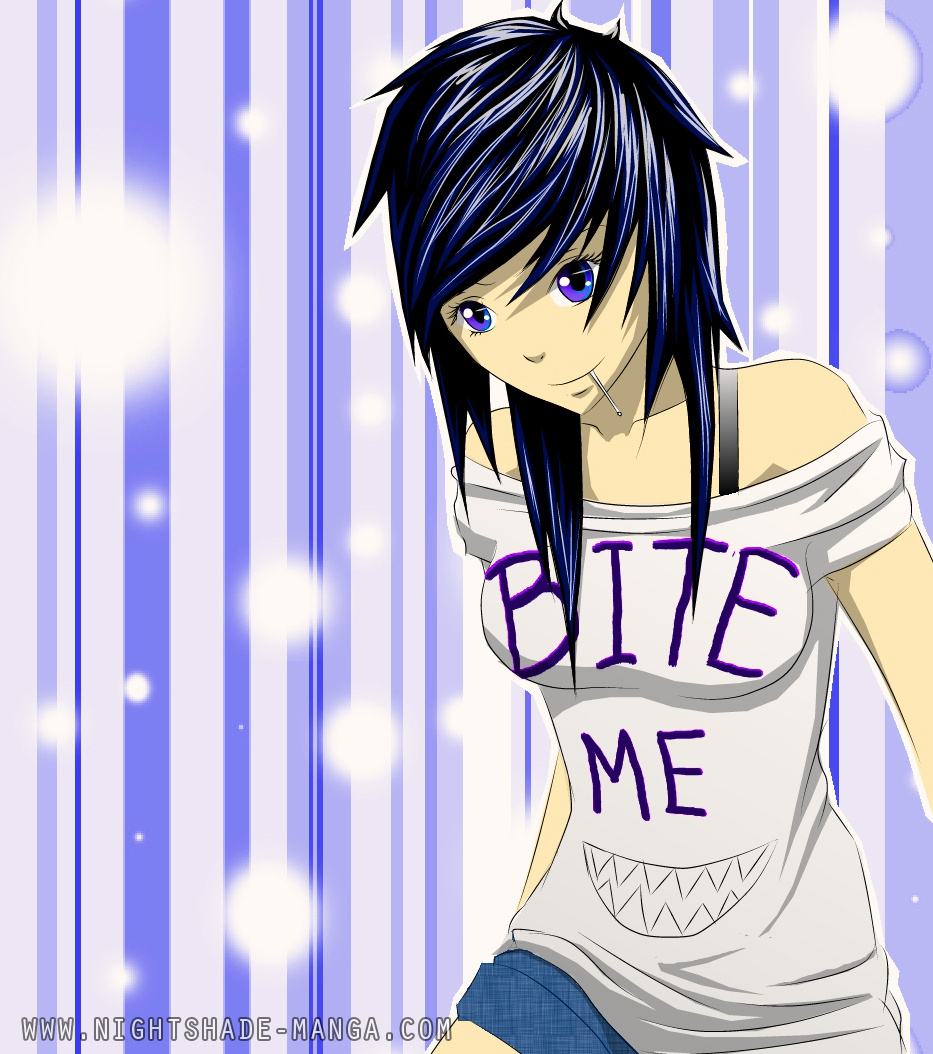 Weekly for us oldies
Reply  to conversation