I'm Abigail, although I go by Zukitz online! I'm an awesome illustrator/super hero by day and epic comic artist and crime fighter by night. I recently graduated with a BFA in Illustration from Brigham Young University out in the mountains of Utah. I currently work as an professional illustrator in the gaming and animation industry. I'm very passionate about creating artwork for everyone to enjoy. I’ve enjoyed making this passion project on the side and I’d like to expand and share this amazing story with everyone!

Hey everyone, long time no see!
It's been a hot minute since I've posted any kind of update, sorry for taking an impromptu haitus! I needed some time to sort out my life, work, and comic direction. After staying hidden in Patreon for so long, I am finally ready to release the pages that I've been hoarding. For now, I'll be releasing pages at a bi-weekly rate, so there are lots to come! 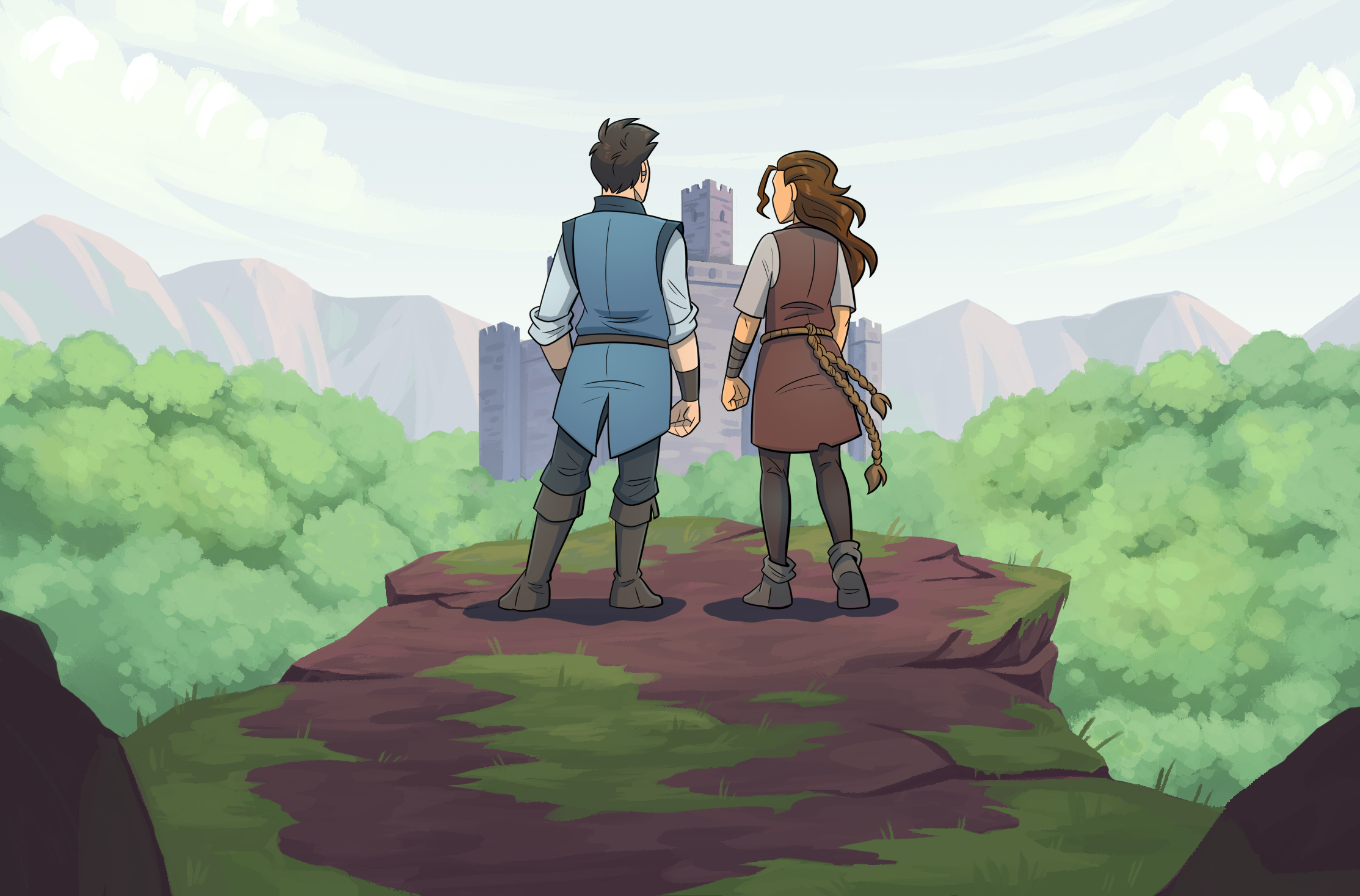 Now that I've finally hit a major milestone for this comic, I can properly evaluate my goals for the following months. I was going to originally take a break from the comic, but I honestly don't want to stop working on this project. Instead, I'm gonna set some goals that will be carefully paced, but also provide progress.

The first thing to handle is re-doing the pages. My biggest goal is to print this first portion of the comic by the end of this year, and that can't happen until the first few pages are on the same level of artistic quality as the rest. So my first priority will to be to re-do these pages. However, I don't want to stall further development, so I will also be working on Chapter 1 pages which will be exclusively released on Patreon until January.

I'm going to take a backseat on making new concepts, illustrations, and other fun stuff. I will continue to flesh out new characters, but that won't be on the same priority scale as the pages.

Again, thank you very very very much for joining me on this journey and for lending your support. I wouldn't have made it this far if it weren't for your encouragement and belief in "King and Lionheart". There is so much more coming, and you all get to see it first!
Reply  to conversation

I am thrilled to announce that the official King and Lionheart website is here!!
It's long overdue that I have a proper hub that contains pages, info, links, extra artwork, and more!
Check it out and kingandlionheartcomic.com! 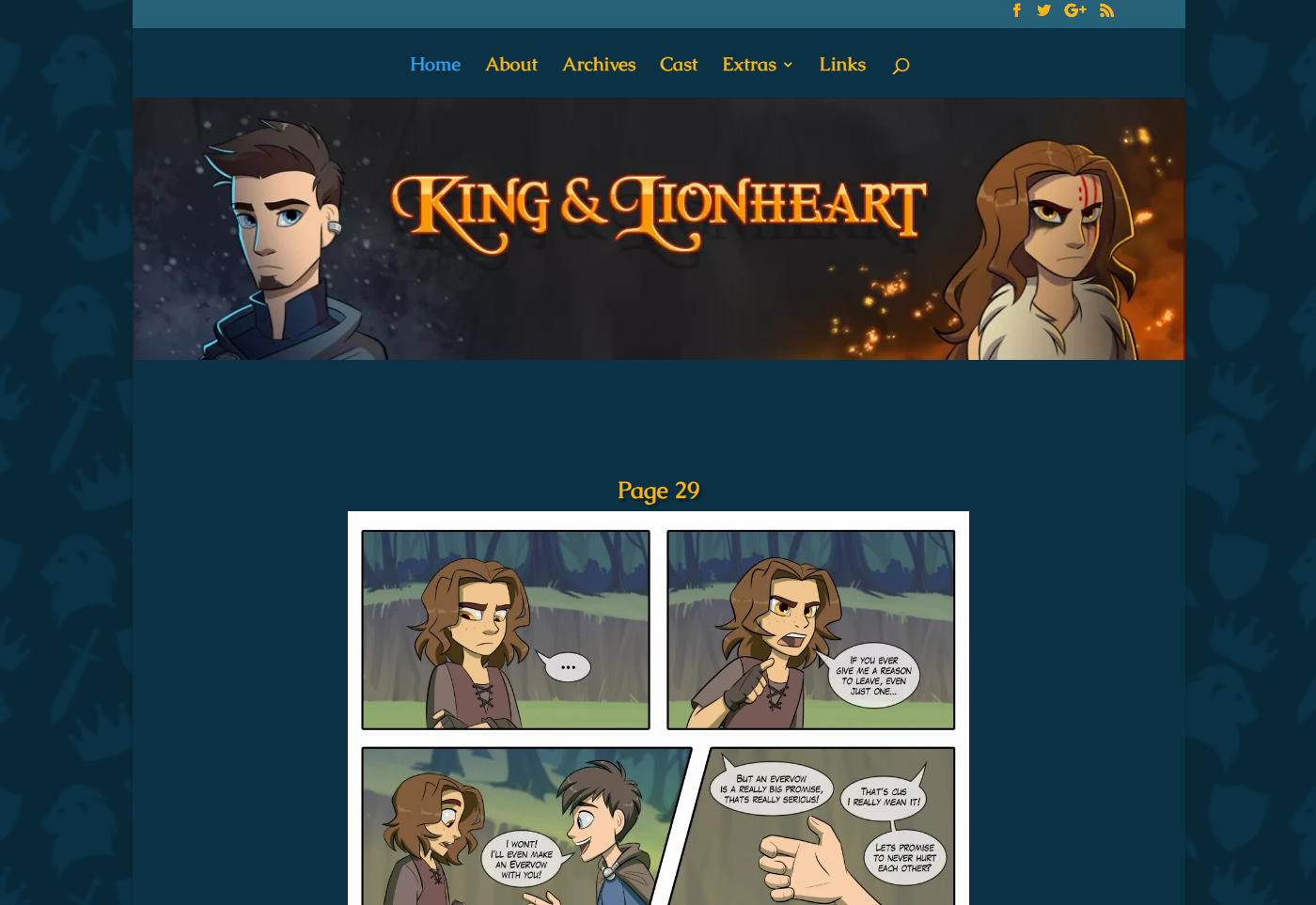 Hey everyone!
It's been awhile since I've posted any kind of update, aside from the regular pages. I just wanted to take a moment and mention that there is a Patreon for King and Lionheart. It's a lot of work trying to balance a comic while also working fulltime and having to support myself financially. Patreon support makes it easier to dedicate more time to this comic, which I hope will eventually lead to a flawless delivery every week. There is a lot of exclusive artwork, tutorials, bonus artwork and pages that can be unlocked by pledging. Even a $1 pledge can unlock a lot, and also make a massave difference to me!
Please consider lending your support to my Patreon, thank you!
patreon.com/kingandlionheartcomic 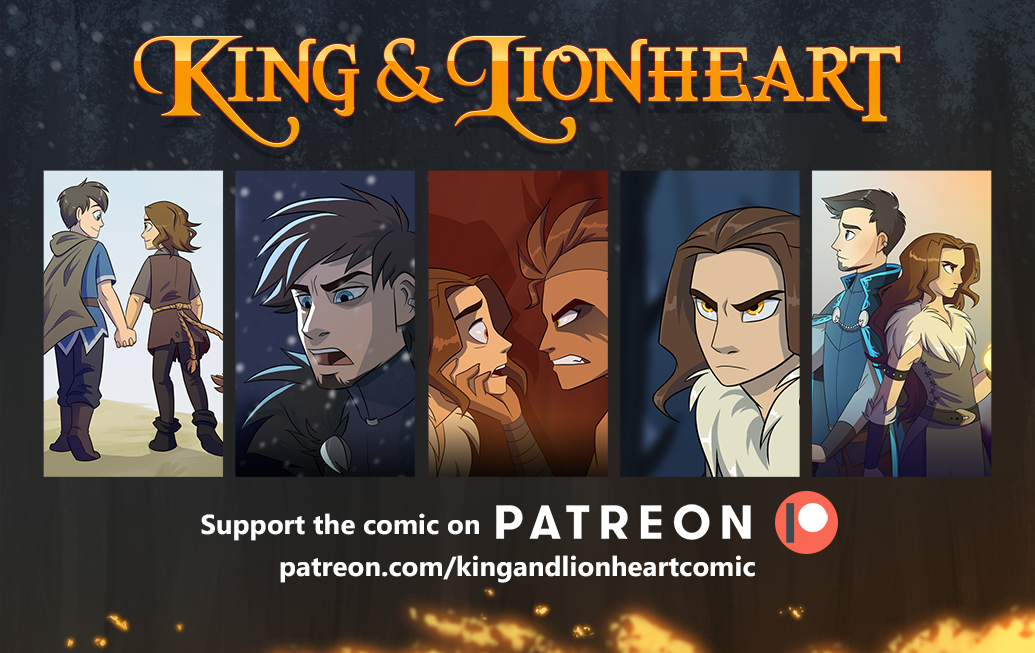 I'm running a little late here, but lots of good stuff has arrived!

I'm a little disappointed that I didn't finish the page in time, but that is mostly because I spent the majority of the month working on artwork for stickers and charms! I placed my orders and they should be arriving very soon! I'll make an announcement when they are available for online ordering, but my patrons get first dibs and won't have to pay for shipping! I'm really excited for them to arrive, and I'm even more exicted to resuming making pages.

Thanks for the patience, and your support is always appreciated! 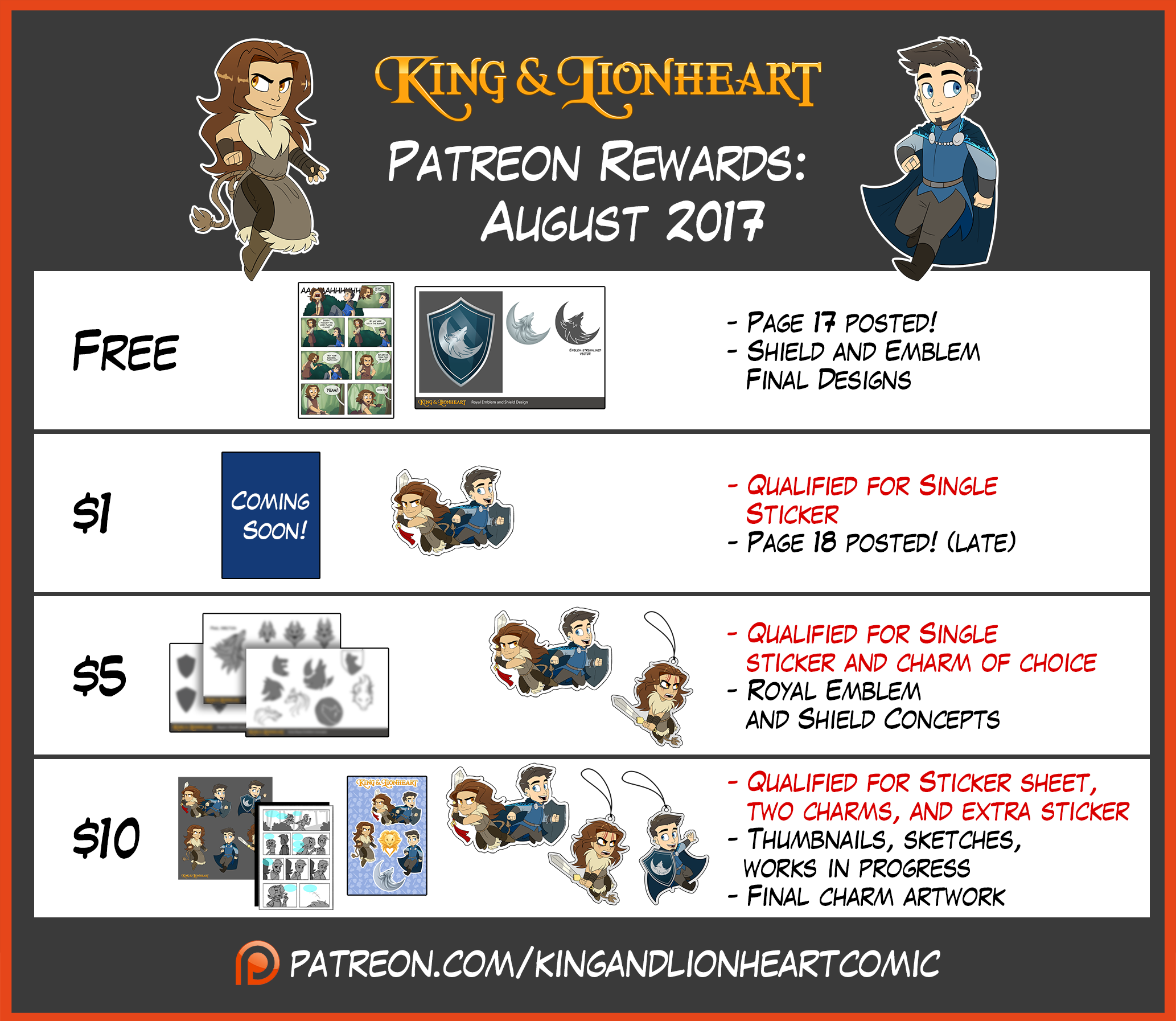 Unfortunately, there won't be any Patreon rewards for July. I'll be posting W.I.P's as I normally do, but I don't have any additional content finished. This was a busy month and I've had a few personal issues bring me down. However, I have started A LOT of different projects that I am excited to reveal very soon! Aside from the usual pages and concept art, I am working VERY hard on making a series of stickers, charms, and bookmarks! I'm currently working on the artwork and preparing to have them made by a variety of manifacturers. I'll have the items available online for purchase, but they'll be free for those who are pledged on Patreon. I will also be hosting a giveaway very soon! More details and information will come, so stick around!

Thanks for the support, you guys are amazing! 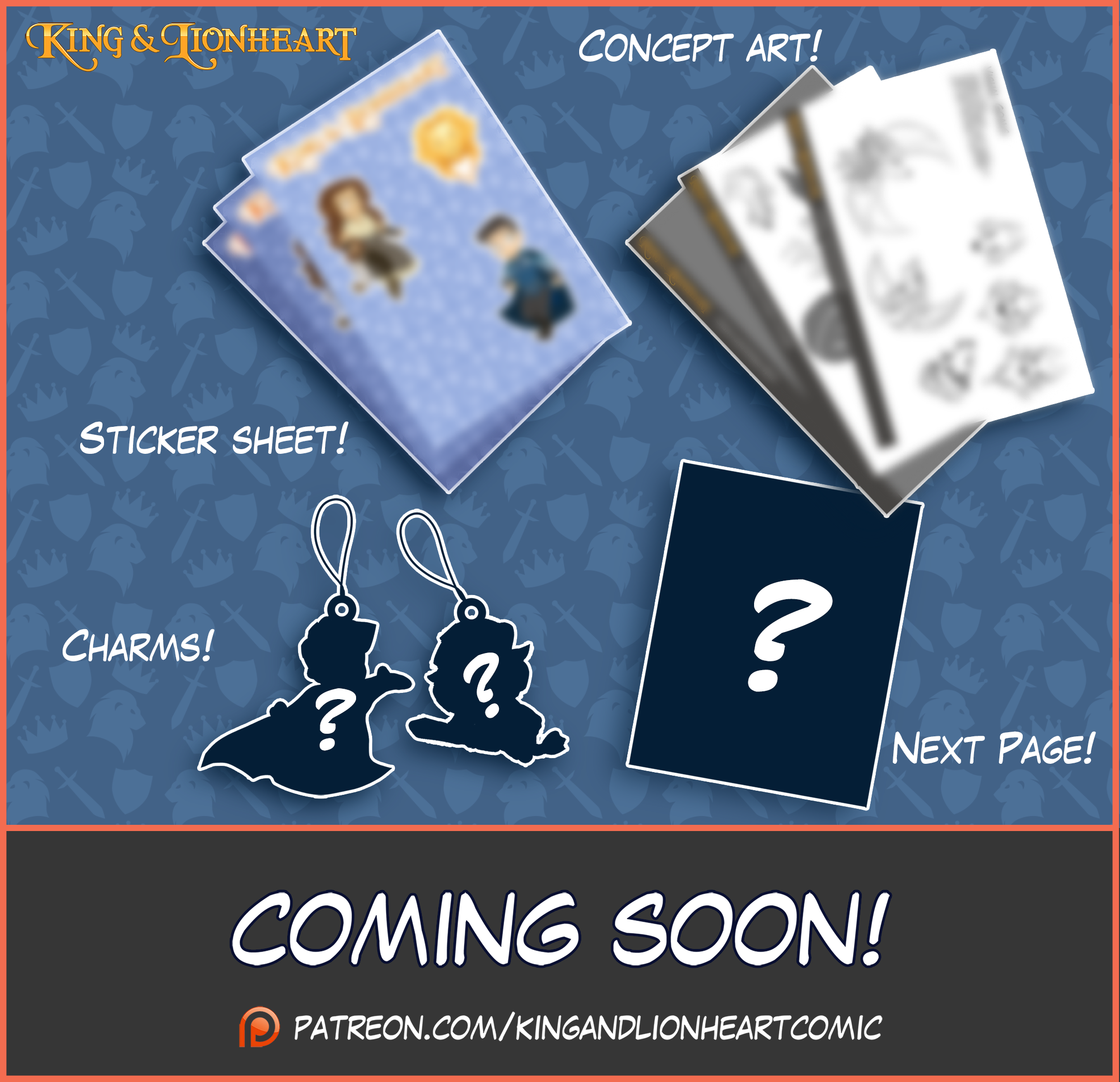 June Rewards are here! Tomorrow I'll be uploading some exclusive material on Patreon, so please consider supporting to see the goods! Fear not, there is also page coming tomorrow if you aren't a patron! Thanks for the patience, as always :) 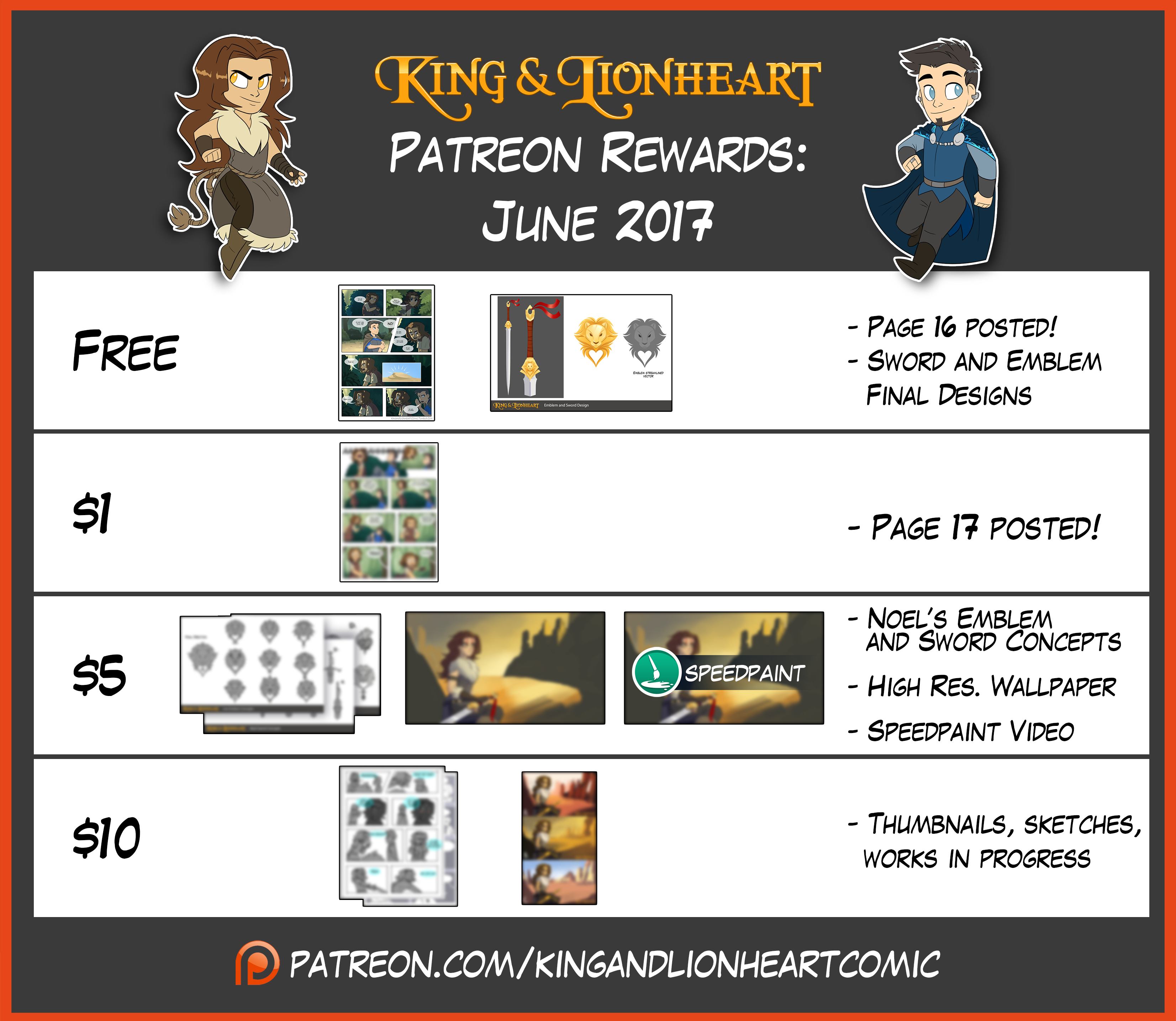 I know I've been pretty quiet as of late, but I HAVE been working lots and it's all going to be posted on Patreon soon! Throughout the month I'll be posting content such as page sketches, works in progress, thumbnails, etc. In addition to that, I'll do a mass upload of other rewards such as concept art, character sketches, mini comics, etc on the <strong>first of the month</strong>! So this is to keep everyone up to date as to what is being posted here and what is exclusive to Patreon. Worry not, the pages will be eventually posted to the public but it's posted on Patreon first as a reward to those who pledge and support me. However, all of the remaining artwork and w.i.ps will only be available on Patreon. So if you'd like to see em, please pledge on the first of the month and unlock the goodies! There is PLENTY more to come so you will be rewarded for your support! 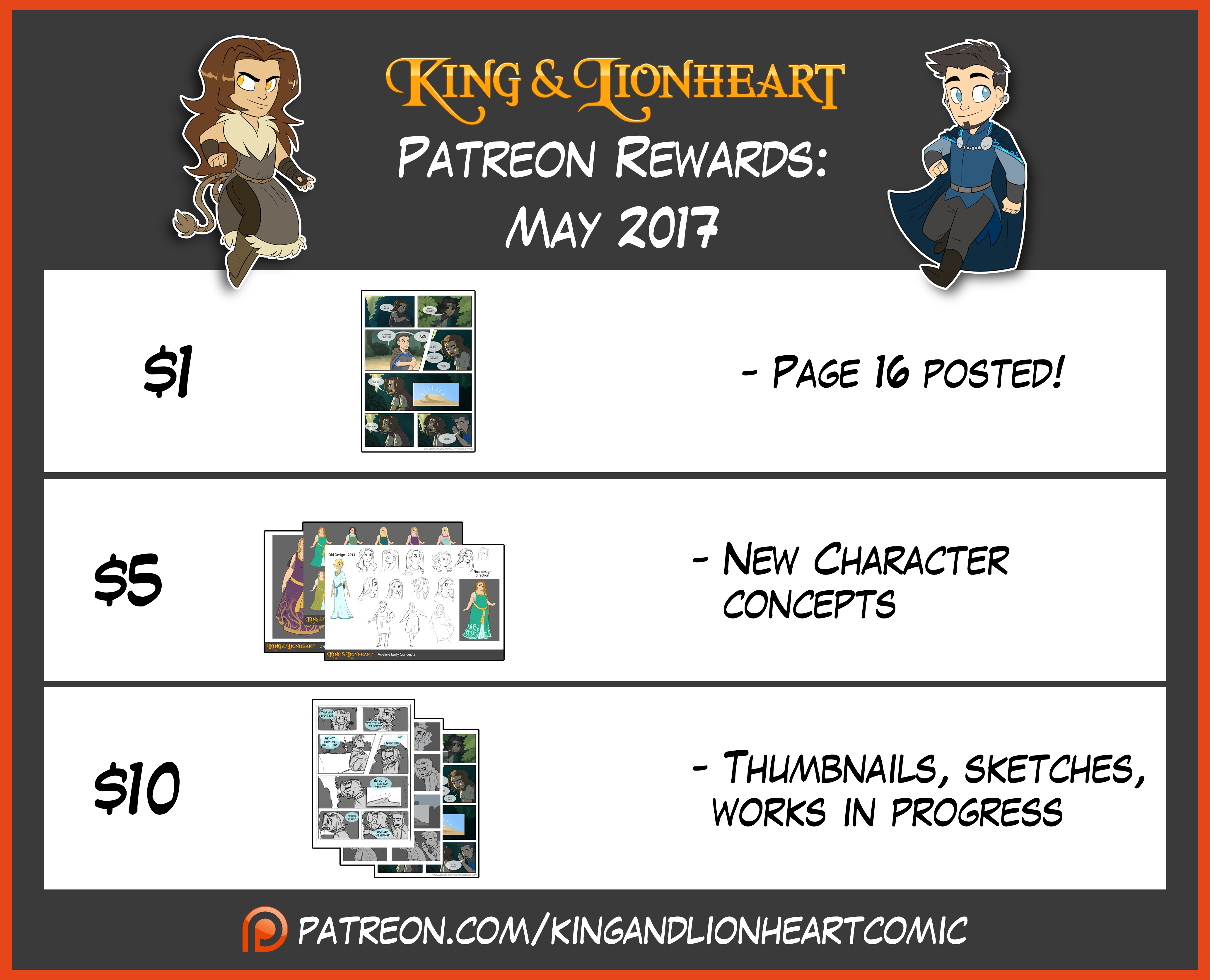 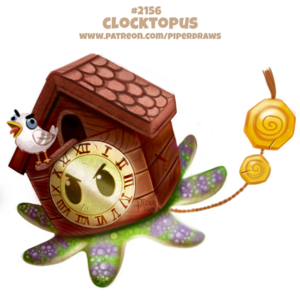 King and Lionheart wishes you a Happy Valentines! To contribute to the Holiday, have some cards to send to your significant (annoyance) other! You can see them on my Patreon that is available to the general public! Check it out! https://www.patreon.com/kingandlionheartcomic 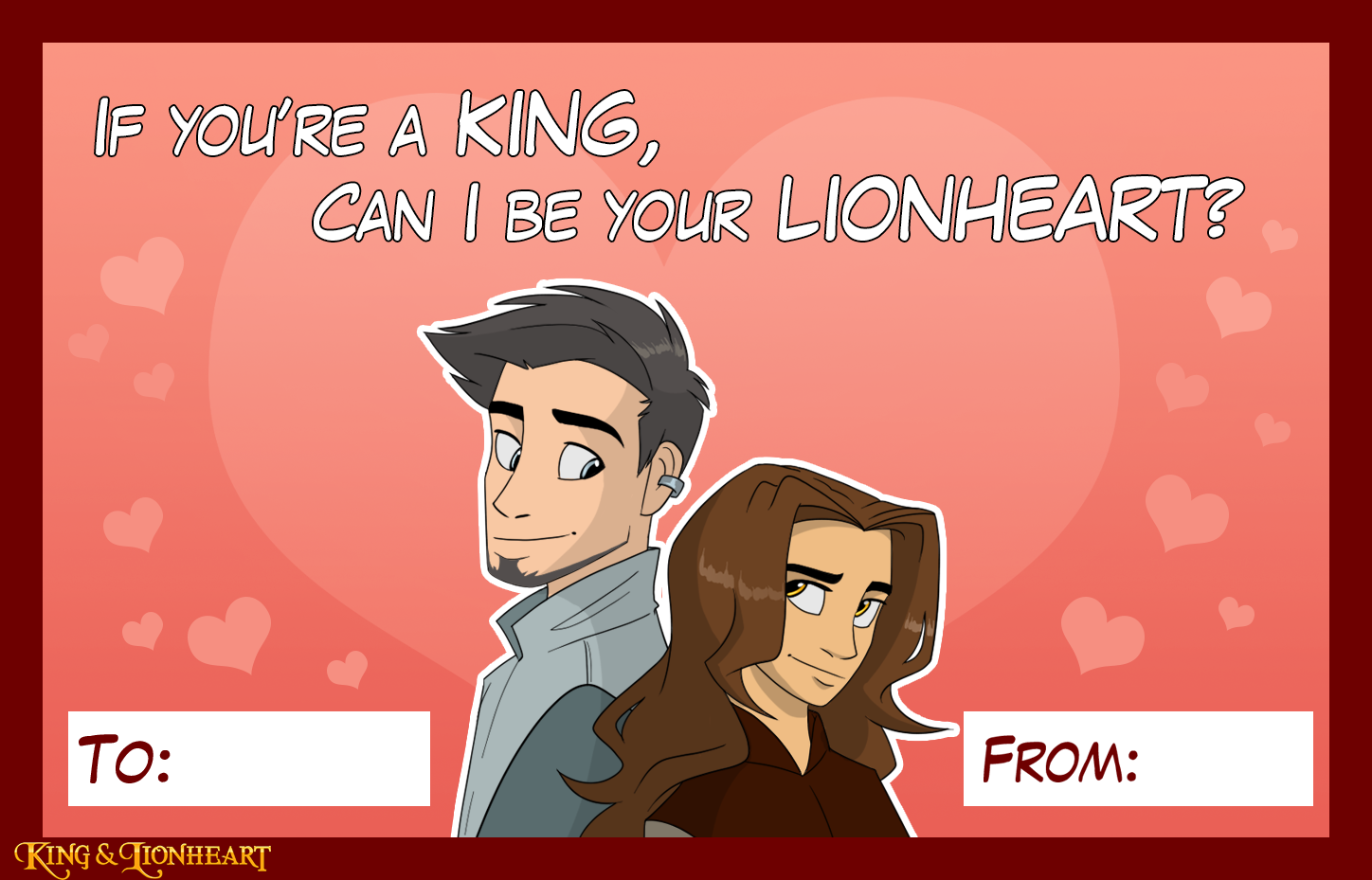 King and Lionheart now has a Patreon!
https://www.patreon.com/kingandlionheartcomic

I'm excited to announce that I've decided to open a Patreon for my comic! I love working on these pages and there is SO MUCH that I'm excited to show you! However, it's really hard to crank out pages in a timely manner when I have to work full time AND take extra freelance work to support myself. If you support me on Patreon, I'll be able to sustain myself and release pages on a timely manner. Click on the link to get all the details on how payment works, what rewards you'll get in return, and my goals for Patreon. Today is the best day to pledge so don't miss out!

Oh, and a new page is coming soon! Stay tuned!