I tell stories, sometimes draw. Every now and then I make flower arrangements and buy another plant that I do(n't) need. Life is what you make it and I choose to make mine colorful ^~^ Hope to see your around! 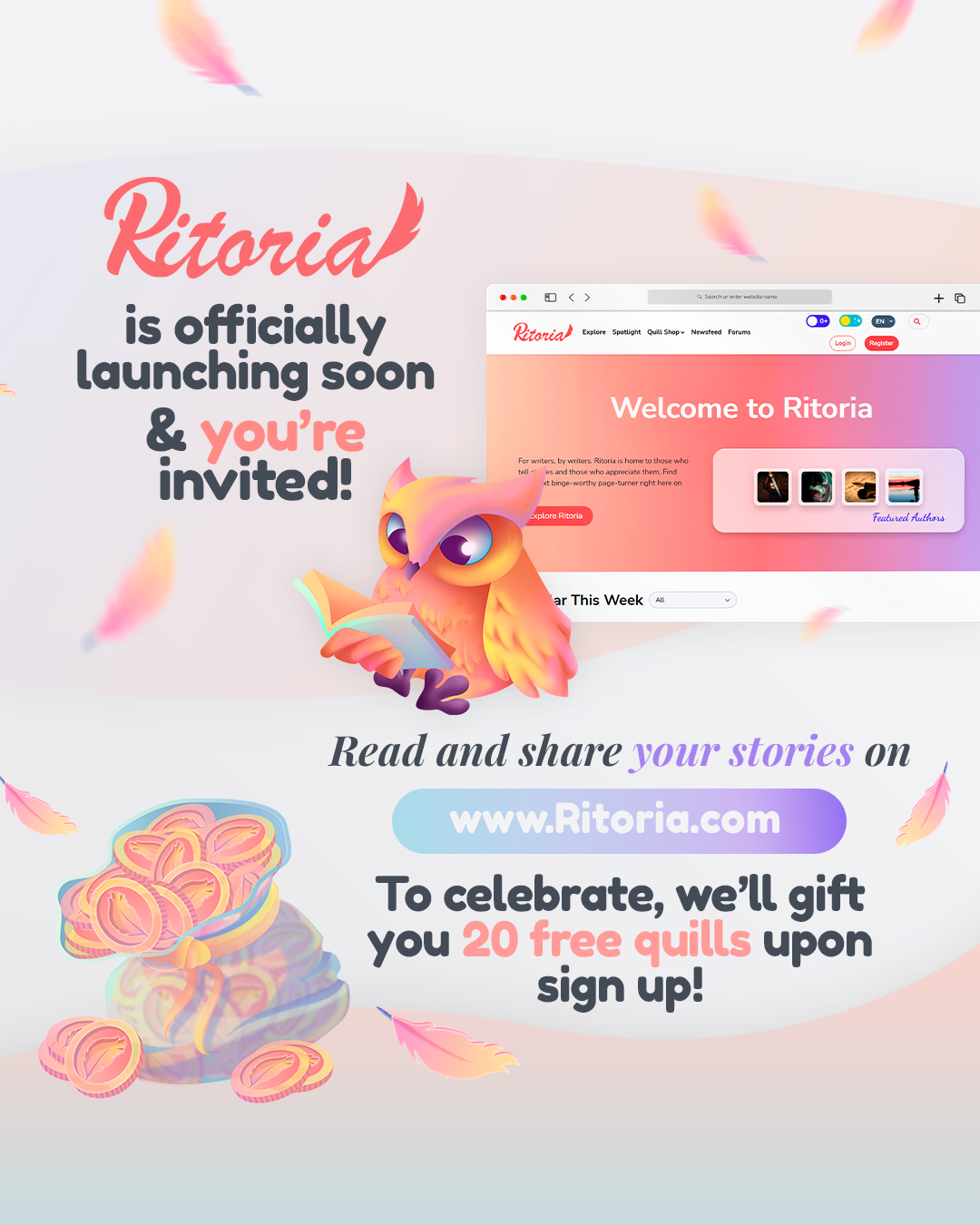 I boo-booed and erased Chapter 9 of BVI but IT'S FIXED NOW!!! Sorry for the confusion T~T
Reply  to conversation

Just in case anyone noticed, today is the day I start taking Colony 782 down from Tapas. I have been saving specific chapters to screenshot your kind words, but the title will also be changed to properly match what book is actually being updated <3 Thank you all so much for everything you've done for me in the year that Colony 782 was in production ^~^
Reply  to conversation 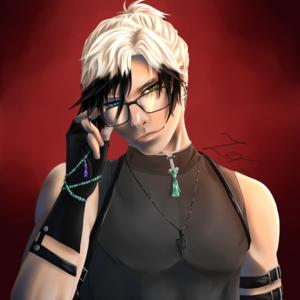 Thanks a lot for the sub to The Dragoness! I really appreciate it! :D
Hope you will enjoy your read. Have a nice day :D
The story is finished (books 1 that is), so I hope you will enjoy it :D I am gonna edit it fully at some point though so forgive all the bad grammar and so on XD

Hahaha I actually subbed a while back XD But Tapas doesn't let you organize you're library unless you unsubscribe and then resubscribe so I did that to move it up :)

Hey guys!!! Just a few things I felt I'd share with you on my actual homepage instead of littering my series with a bunch of ads T~T

First of all, if you didn't already know, I've stopped pushing my Patreon. It's a nice little added income, but all the rewards I had on it just....were no longer worth the time. However, you do still get early access to Behind Violet Irises (book 2 of the Colony trilogy) and The Fourth Verse: Rekindled. I HAVE started uploading the reboot's new chapters, however that won't start until the end of December. There is another reward called Rehearsals on the $7 tier. Rehearsals is my attempt at writing better. They are short stories that revolve around TFV and Colony so, if you ever want MORE of these characters, there's the way to have access to it. Here's the link if any of y'all are interested:
https://www.patreon.com/arwalkerart

Third, The Fourth Verse: Rekindled is set to air on Friday, January 7th and will continue with episodes every Friday. I was going to set it in December and give patrons extra chapters, but I also didn't wanna accidentally stress myself out by running out of material so.....January it is.

And lastly, I wanted to let y'all be aware of a few up and coming projects and update you on one that hasn't been touched in a while. Hand In Hand will be put on hold until I've finished Rekindled and potentially until I've finished the Colony trilogy. That doesn't mean it's a scrapped project. I do plan on pushing Rekindled for a Tapas premium and, as a secret sequel, I'll be pushing for that one too. Once I've made headway on Hand In Hand, I'll be starting up Rogue Princess. If you remember that one, great!...

You know what to expect. If not, than I hope to see you there! It's one of my longer running projects and it's tied to my comic, Frozen Path. It'll be the next book after the Colony trilogy that I publish and I'm super excited to share it with you.

After I finish that up, we'll be diving into a world slowly being overtaken by nature in Beneath Alasian Waves. The title's still a work-in-progress. My first titles almost never last. But this one will follow Killian, a young man living on the coast of New Arizona. As the ice caps melt, the once desert state has become the new best place to buy beach front property--well, depending on how soon you'd like to move as the tides rise. However, the ocean is humanity's only adversary. New, highly toxic plants have emerged at the equator, chasing many from their homes as it begins moving in on major cities and taking over rural town. Those who don't flee are claimed by the toxins and those that do still face yet another problem. Fault lines are moving, pushing up mountain ranges all over the globe. Cities are being torn in half and countries divided.

Through all of this chaos, our pessimistic lead goes about his day to day life, hoping the if the world collapses, it does so after he's gone. Thankfully, he meets a handsome, albeit strange, man who quickly becomes his favorite customer and hardcore crush. Hope to see you all in this series!!!

Anyway, wow, I forget that Tapas has a character count, but that's all I've got for you now <3 Remember to stay safe, stay kind and we'll see y'all laters~~~
Reply  to conversation

Damn, y'all slaughtered my goals on the first day XD Imma have to start upping them so that they aren't just...DECIMATED before we're even halfway through inksgiving lmao

With that being said, you guys unlocked literally ALL of the rewards. I'll be sharing them to their individual series this weekend (i.e. the illustration of Isaiah and Ezra will be on Colony while the short stories for Thomas and Henry will be on TFV). I hope you guys enjoy them and thank you for all you do for me!!! Lots of love, Fire-Flies <3 <3 <3
Reply  to conversation

Hey guys! I just wanted to drop in and inform y'all that I've got a relative grasp on my new schedule and I'll be posting new chapters of Hand In Hand within the next week! I'm so sorry this series has been as neglected as it has, but I needed to take care of some personal issues before I could concentrate on more than one project T~T Anyways, just wanted to bring the good news! Hope to see ya around <3

I'm glad your life is getting back in order, Sis.
I'm looking forward to reading more from Hand in Hand.

Well get ready cause an upload is COMING!!
Reply  to conversation

Hey guys...Won't be a new chapter of Hand in Hand today as I just...wasn't able to get around to writing it T~T You will be getting an update next Tuesday and the following one as well. Sorry, y'all... <:(

Thanks Chris T~T <3
Reply  to conversation

Just wanted to let y'all know that I'm trying to amp up my instagram because....*drumroll*....I plan on finally, FINALLY, releasing merch for all of my current series! For Colony, I'll have multiple versions of the animals that exist there (including a bot that we'll meet later named Rollin and, of course, our two bois), Hand In Hand will be getting multiple versions of the spirit that we meet in the Prologue as well as Malekai and (you guessed it) our three musketeers, Fourth Verse will be getting the Hounds, the Phoenix, Nothing, and SEVERAL of Aden and Logan while Frozen Path already has two designs done!

For more information, you are welcome to follow me on Instagram! I've been posting FAR more frequently in the last week than I have for a LONG time and that includes timelapses of all my designs (current and forthcoming) as well as the ones for this piece :) So...what are you waiting for? Join the Swarm @a.r.walker_art ^~^ 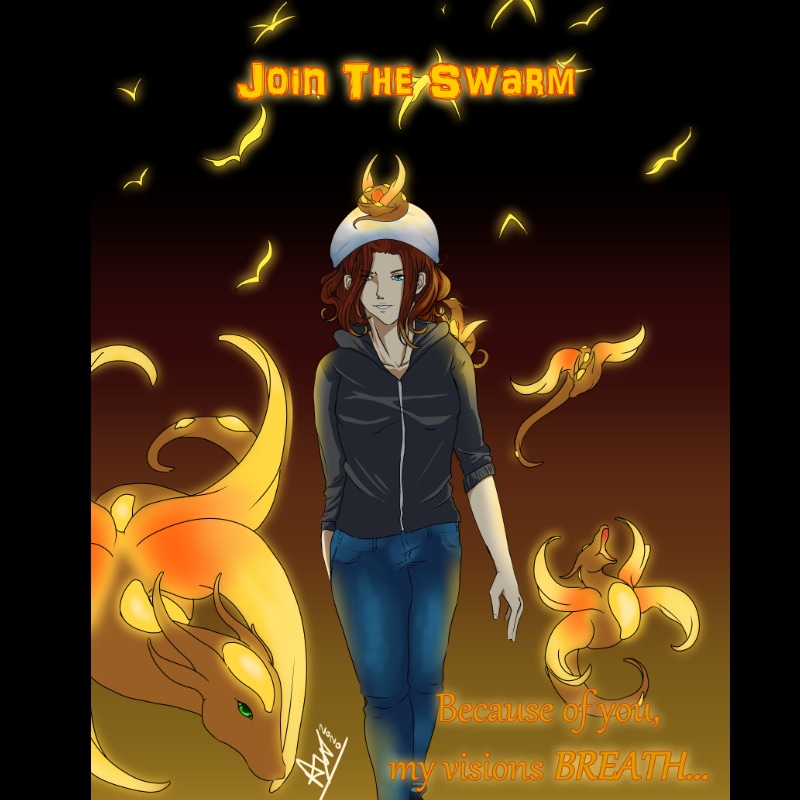 Just a brief reminder that Inksgiving starts tomorrow!!! There are posts on every series (Aside from Frozen Path) to explain what prizes are up for grabs so prepare thyselves :3