We had assigned seats for this speech, so we had to awkwardly try to hear our wristbands over everyone else’s. I ended up sitting next to Oka and Kalei again anyways which was relieving. Lillia vanished as soon as we started sitting, I assumed she had some fancy elite seats from whatever the Rising Shards Gold Tour was. Aira and Laenie were a few rows back which was a bit of a relief as after the obelisk thing I feared what Aira would do next.

We didn’t have to wait very long. A guy who couldn’t have been older than twenty-five walked onstage. He didn’t have a podium, he just sat on a chair with a lone spotlight on him, microphone in hand. My eyes were drawn to his suspenders, which appeared to be bedazzled. Was this guy the principal?

“I don’t know if good luck is enough for this.” Kalei whispered.

Wait, I knew him. He was Penteldtam Kilander…I’d seen him on the Kilander reality show. Why was he the principal?

“What other ‘Penteldtam’s are there in the world?”

“Oh, uh, welcome to Rising Shards!” Penteldtam said. “I think I said that already. And Falling Shards for the boys. Last year we did these separate. It made more sense to me, and I also forgot to tell the boys in the back to update the intro thing to include Falling. Anyways! For a lot of you, this is your first school year of your second phase of your education, past the little baby Cani stuff. Now you got hormones, baby.”

“Oh, my god.” Kalei whispered as Oka shh’d her.

The crowd didn’t seem to react to any of that. Penteldtam winced.

“Can I get a chair?” Penteldtam said. “I mean, another one, Soleri. Or anybody, I don’t care. Who cares!”

For an excruciating minute, no one handed him another chair which Kalei found hilarious. Oka looked like she was about to offer up her chair if it wasn’t bolted down. Finally, a teacher slid one over to him from offstage. It only scooted about a foot ahead, so the principal dragged it across the stage, creating that lovely grinding sound of chair on floor. Penteldtam asked for a spotlight for the empty chair. He gripped the microphone like it held all the power in the universe and continued on.

“I want to ask all of you to er, ask yourself,” Penteldtam said. “Or wait, first, picture yourself in this chair. You. You. Even you, with your stupid haircut! No, I mean. Oh, don’t cry. I don’t mean stupid. I mean…strange? Can someone stop her crying? I mean, that is a weird haircut, right? Yeesh.”

“Alright that’s….” Oka whispered as she looked like she’d been bludgeoned with secondhand embarrassment. We all were. Kalei just kept giggling. Even when she tried to keep it quiet, it was pretty infectious, and Oka and I started to give in to it.

“Is it cool if I keep going? Is that groovy?” Penteldtam said. “Anyways, where was I? Oh, that’s right. All of you. In this chair. But also, your chairs. We’re in this together. All of us fanged beings, some new to this strange world, and some old to this ticket to oddville. I may be your Principal Penteldtam, but I’m your friend. We’ll all make it through this school year. Learn about ourselves. Grow. Maybe I’ll even learn how to love.”

Kalei leaned over to me.

“Remember Zeta, we’re in this together. In our chairs.” Kalei whispered in such a blunt way that would have made me burst out laughing if I didn’t immediately bite my tongue. Kalei gave a sly smile when she saw she had broken past my defenses.

“I’ll be honest,” Penteldtam said. “If you let the dark side of your mind win, you’ll never accomplish your dreams. We all face a lot within ourselves, you with your student problems, and me with my principal problems, but together, we can overcome anything, from the threats outside to within. Remember that when you’re stuck on a void fight, or even just stuck on a test.”

That actually…was pretty good. Even Kalei didn’t giggle at that one.

“But like together doesn’t mean like cheat off someone else’s test or whatever,” Penteldtam said, deflating the momentum he’d accidentally built up with that last bit.

A smart mouth student said something back that I couldn’t catch, but everyone started laughing. Even Oka stifled a laugh. Kalei was breaking her down too.

“Oh, I’m sorry,” Penteldtam said. “Do any of you want to get up here and principal these students? No? Didn’t think so, pal. That’s why I’m the principal. I’m your friend.”

“See Kalei?” Oka whispered. “He’s just principaling. This is apparently what that looks like.”

Kalei was caught off guard by Oka joking back and snorted. Penteldtam waited for applause and received some polite claps scattered throughout the auditorium. I clapped a little. Kalei gave one awful, sarcastic clap that made Oka and I both duck forward to smush ourselves down because the laugh dams were pretty much done holding anything back.

“Anyways, that was my speech,” Penteldtam said, dropping a few notecards. “Bye!”

He jogged off stage, giving the day an abrupt end.

After we left the auditorium, I was ready to follow Oka and Kalei to our room, but I was cut off abruptly. Lillia Cadence stood in front of me with her hands on her hips. I started to panic. She probably heard me laughing at Penteldtam and was gonna yell at me. Oka and Kalei were too far away to cry for help if it got bad, and we had ended up in a hallway with few people left in it.

“I apologize for my demeanor earlier,” Lillia said. “And I wanted to thank you for attempting to keep an adequate volume level while we waited for our professors.”

Lillia didn’t seem any different than earlier, but her tone was. I couldn’t tell if she was mad at me or not, emotionally she looked somewhere between angry and prideful.

“Sorry we were loud,” I said. “I think everyone’s just excited for all this newness.”

I really couldn’t tell if she was scolding me just for talking to the others. And why just me? She rubbed her chin for a moment, then suddenly extended her hand. Another hand shaker! I wasn’t that weird for thinking so much about handshakes!

“How impolite of me, I forgot to introduce myself. My name is Lillia Cadence.” She said.

Lillia had an almost business-like handshake, and I was thrown off by how firmly she shook. I felt like I was about to get a job offer from her. Even Stella’s handshake drills were nothing like this.

“Although I suppose we didn’t need to share names, as we both heard the other’s name called earlier.” Lillia said.

I couldn’t read her; she kept the same expression and voice tone no matter what she said. Lillia gave me a brief, corporate sounding farewell and turned on her heel. I kicked myself for not asking her for some makeup tips. I lost a bit of pride in the efforts I’d made so far appearance wise, but told myself that reaching this girl’s level, or even getting close to it would be a new personal goal.

Confused but also motivated, I found Oka and Kalei in the cafeteria.

It was weird having my first dinner not at home. I know I was being rude, but I couldn’t help stare at a girl at the table next to us. She was an Exa Cani, and she seemed to have trouble keeping to one form. When one hand turned all scaly and dragon-y, the other stayed human styled. I had never seen an Exa Cani in person. I heard their eyes were really pretty, but that undersold them. They were a deep purple, with small marks going all around the pupil like marks on a clock. Even when her faced changed back and forth between dragon and human, her eyes stayed the same. She luckily didn’t catch me gawking at her.

After that lovely dinner, we left to check out our room. The dorms were pretty close, it only took a while because pretty much everyone else had the same idea. There was an elegant entrance area where students were asking the staff where their luggage was. I really hoped they delivered mine to the right spot. While wandering through the hallways, I realized how much the dorms felt like a hotel. The long hallway even had a patterned rug like one, a tacky number that was kind of charming in its own way.

We were on the second floor. I spotted some of the other students we had the teacher meeting and tour with. It looked like Aira and Laenie were our neighbors, and Ovie Chirhart and Lillia Cadence had rooms a few doors down from us.

“Alright, who wants to do the honors and be the first one in?” Oka asked.

“I can do it,” I said, sounding stupidly way more nervous than I should have.

It's time to hear from the Rising Shards principal. 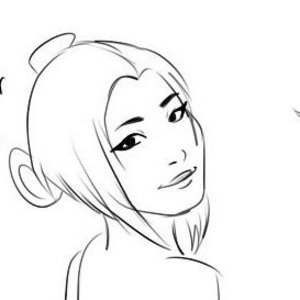 Wow, that’s a mouthful of a name! 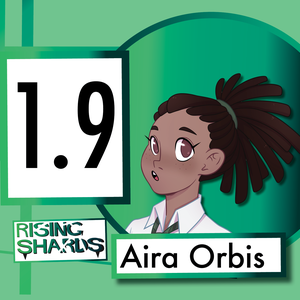