The cube looked more destroyed the longer I looked at it.

“Why would he make a cube,” I said, anger rising over the fear. “That looks like a bench, in the middle of a hallway, and not expect this to happen?”

Nobody else was in the hallway yet at least. Oka paced back and forth. Kalei looked like she wanted to break all the other cubes.

“What do we do? Are we going to get expelled?” I asked.

I grabbed Oka as I had an epiphany.

“Oka! You said you were a Cani since you were super young!” I said.

“Don’t we have some freaky Cani powers that we can use to turn back time or make a new stupid crappy cube not-bench?!” I said.

Oka thought for a moment.

“Well, unless your Cani gift is matter manipulation, we can’t really do anything here.” Oka said.

“No…they said mine’s weather,” I said. I looked over to Kalei, who shrugged.

“They told me ice…” Kalei said.

“Buuuut there is one thing we can do,” Oka said. “We could try to find a duplicate in the void.”

Kalei and I zipped in front of Oka, our new hope of redemption for our troubled past of principal art destruction.

“Well, maybe,” Oka said. “If Penteldtam thought about it a lot it’ll probably be in an imagination node because of the mental condensation cycle. Remember what Dr. Diast said about like imaginary friends showing up there?”

“We’d need gate rosin, and probably at least one weapon chip.” Oka said. “And they’re probably not going to hand those over to us before void classes start.”

I suddenly thought back to the hospital when Jeans brought me into the void. She had that weird rock she scraped on her tooth…was that gate rosin?

“We’ll have to find someone who has it…” Oka said.

“I’d rather get moving than get stuck here thinking about who to ask.” I said.

“Wait, what do we do about this in the meantime?” Kalei asked.

We left Hall 4C and took pondering stance as we looked at the entryway. Oka clicked one of the red ropes back on its pole that probably should have been hooked already so we wouldn’t wander into the hallway.

It was Aira Orbis from class. She seemed to be staring intently at a spot on the wall.

Aira flinched at my screeching scream but luckily didn’t as we barreled towards her.

“Oh, it’s fine, I have a cousin that's much louder than you could ever be,” Aira said. “Zeta, right?”

“Yes!” I said. “Aira, see that hallway with the red ropes over there?”

“We need people to not go into that art hallway for that gallery Penteldtam was talking about for a bit. Can you do anything to stop people from going down this hallway?”

We followed Aira back to the entrance to 4C. Aira rubbed her chin as she felt the ropes, testing their sturdiness. I noted that the destroyed cube couldn’t be seen from the angle at the front.

“Yeah, these aren’t enough to keep anyone away are they?” Aira said.

Kalei had a smug look and Oka scoffed. Aira made “Mmhm” sounds for a bit.

Aira puked right there on the ground in front of us. Like, full on gross and awful vomit right at our feet.

“What the hell?” Kalei yelled as Oka and I screamed.

“I can throw up on command...” Aira wheezed as she grabbed her stomach.

We were…saved? Aira straightened up, seemingly already recovered. She pulled out her phone.

We all stared blankly at her.

“That was my guy,” Aira said. “He’ll be here in a bit, so you have about an hour. He’s thorough, he’ll keep anyone away.”

“Thanks…Aira.” I said. It was one of the grossest things I’d ever seen, but she did just buy us a lot of time.

Aira saluted then did a low to the ground run away from us.

“Well, her ‘guy’ is coming so you might as well let it out here.” Kalei said.

It took some serious willpower to pull us away from the awful sight, a train wreck of bodily fluids and mangled art, but we somehow managed.

“So are we gonna pick someone or just wander around aimlessly until we stumble upon someone?” Kalei asked.

“Who has gate rosin?” I asked. I knew second years did if Jeans had hers.

“We could try Dr. Diast,” Oka said. “She’s our advisor. Is she cool enough to be cool with…something like this?”

I tried to weigh it mentally. If I went with Dr. Diast, she’d probably help, but she’d also probably be disappointed in us for getting in a situation like this.

“Dude, we can’t go to a teacher,” Kalei said. “That’s like rule #1 of this kinda thing no matter how cool Diast is.”

“But we don’t really have another option,” I said.

“And we don’t have time to argue.” Oka said, stopping Kalei mid-starting to argue.

Oka asked for Diast’s location on her wristband, and we were off. On the way, Oka quickly came up with a story about some project we were on, and for some reason I was nominated to be the one to ask Diast for gate rosin to help.

I was prepared to run all the way to her office, but she was actually in the cafeteria by the lone microwave in the self-serve section. She stared intently at the pizza poppers heating up in the microwave while I worked up the nerve to speak. Kalei elbowed me, which gave me the motivation to almost cry, which caught Diast’s attention.

“Hey y’all!” Diast said, brightening up when she saw us.

Diast got out her pizza poppers and smelled them intently.

“What project?” Diast asked as she took a bite of a too hot pizza popper, but still forced it down. “What crap teacher gave you a project already?”

“Was it Soleri? I bet it was Soleri.”

“I bet you five bucks right now he gave you some stupid thing with…wait.”

“W-what did we do?” I said, badly nervously acting because my face turned red, which always happened when I was lying. Stella always figured me out immediately. Most recently when I watched a new Tower of Hate and Love season 8 trailer without her, when we always watched the trailers together.

“Wait, wait…I bet you five bucks I can figure this out.” Diast said.

“Time…what thing is happening today that you could have wrecked that you think you can fix before…” Diast said. She gasped. “Did you guys mess something up with Penteldtam’s art thing?”

I looked over at Oka and Kalei, who gave me the sad nod of characters in a movie silently vowing to go down with the ship together.

“Yeah,” I said. “The stupid cube looked like a bench and we all sat on it and it fell apart because it sucks! So we were hoping we could go into the void and find like, Penteldtam’s imagined cube or something, bring it back…and…this is a really stupid plan, isn’t it?”

“Yuh huh,” Diast said, enjoying her food while I rambled.

“Can’t you give us anything?” Kalei said.

“We thought maybe you could offer like an escape plan?” Oka said.

“So because I’m your advisor, I’d like just let you go into the void unsupervised?” Diast said.

“Well, Oka has experience!” I said.

“Never said what, Oka? You knew all that stuff about the void!” Kalei said.

The speaker tone went off.

“Attention students!” Penteldtam said. “In honor of today’s art gallery, I’d like to share some other art I’ve made. I’d now like to read to you a poem…”

“Do you really want to stay and listen to that?” Kalei asked.

“Now I can’t let you in to the void unsupervised,” Diast said. “You might die and that’d be bad for a lot of reasons.”

“Buuuuut as your advisor,” Diast said. “I was kinda sorta supposed to take my students into the void for a sec during the tour. But I was really tired that day and I really needed to catch up on Tower of Hate and Love—”

“Of course, it’s phenomenal,” Diast said. “But don’t get distracted. If we’re quick, and if the thing’s not there we leave immediately…”

Diast paused for a moment and fought back a wince.

Diast brought outside and back to the temple.

“Well, at least it’s you three and not Laenie,” Diast said. “Girl is as sweet as can be but she’s a crier. She’d definitely be on lookout. Or I'd tell her she's on lookout and just let her stay in her room.”

Once inside the temple, Diast swiped her wristband on a symbol on the wall. It glowed amber, then a drawer opened beneath it. The drawer was filled with the gate rosin pieces just like Jeans had.

“I hope these get washed,” I said.

“They do,” Diast said. “Sometimes. It just touches a tooth for a second so don’t even worry about it.”

Diast handed us each one. It felt warm in my hand. She brought us past the to the obelisk thing in the center. Diast swirled a finger on the top of it, and it suddenly caved in on itself and turned into a bowl.

“Sorry Oka, I know this stuff is old news for you,” Diast said. “But Zeta and Kalei are fresh Cani. So when you go into the void, you scrape a fang on gate rosin, then put it in the bowl. I like top right fang, but you can technically use whichever. Fangs have the highest concentration of our internal energies so the void rosin sparks it, like the rocks that spark a fire together.”

Dr. Diast opened a drawer beneath the rosin drawer, and pulled out four cylinder shaped devices.

“Since you haven’t gotten your official bloodsabers yet, you’ll have to use practice batons,” Diast said. “They’re not as strong but you don’t have to do the pinprick thing.”

It felt heavy in my hand. It felt weird to be given a used weapon from school like it was gym equipment. Diast brought up something that looked like abstract art on her wristband projection. She selected a point on it, then waved the projection over the bowl and the pillar supporting it.

“We’re heading to an imagination catching zone,” Diast said. “Always pick your spot on the map within the right node when you go in. But you don’t have permission to do this, only teachers do. So always have teachers you’re your spot on the map. Next up, scrape the fang of your choosing.”

Diast scraped her fang and dropped the rosin in the bowl. Oka and Kalei did the same shortly after.

I didn’t like the lurching feeling of going into the void the last time or the idea of all the dangerous terrifying stuff inside. But at the same time, I wasn’t really used to much about the dangerous, terrifying sides of being a Cani yet. I didn’t even know I’d be going to a Cani school until a month before. So maybe not knowing was a good thing. I scraped the rosin against one of my fangs and set it in the bowl in the center. Then the world blurred around us again.

With the mythical cube destroyed, Zeta, Oka, and Kalei scramble for a plan. 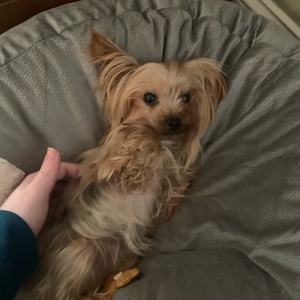 Aria Is a true mvp, willing to barf for people she barely knows lol 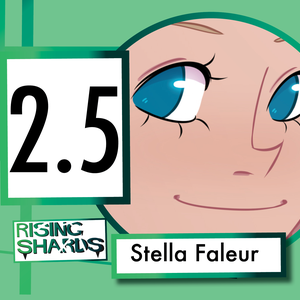