In the world of Yecuria there are many towns and villages scattered across the lands. The beings living there are mostly humans and elves, but there are rumors of mysterious people hiding away from everyone else, deep in the mountains. This story follows a young elf named Solvi in her home village of Alenhil. She doesn’t know it yet but her world will change tonight, at least it will in her eyes.

Alenhil is a quiet village in the bottom of a valley, and a large forest surrounds most of the area. On the other end lies a massive sea, stretching out as far as the eye can see. A small hill rises on the edge of the valley, and there stands the oldest tree that the village knows. Stretching far beyond the forest rises a mountain range, each peak reaching higher than the last.

Different stalls line the main road through town, some offering fruits and vegetables, and others, clothes and housewares. Crowds walk up and down the market, collecting items for the day ahead. A few travelling merchants chat with locals, trying to convince them that their supply is better. Trades are being made all around. Solvi’s favorite place is the fruit stall at the end of the market. Folen sells the freshest and sweetest fruits that she’s ever tasted.

“Good morning Folen, how’s the fruit today?” Solvi asks the elf behind the fruit stall, her head barely fitting under the awning.

“They’re very ripe today, so everything is nice and sweet,” she replies warmly.

“Yes please, I’ll take four peaches and six mangoes. The little ones will be glad that I stopped by the market today.”

“But you come by every day.”

“I know that and you know that, but they don’t know that. It’s more fun to surprise them with treats.” Solvi says with a wry smile.

“I’ll be sure to keep your secret then,” Folen winks.

“Thank you, I’ll see you tomorrow.” Waving goodbye, she continues to walk down the street. There are several more stalls that she stops at to get the last few things before heading home for lunch.

Walking in the door, Solvi gets ambushed by two little kids, her brother and sister. They laugh as they grab on to legs and stop her from moving forward. She laughs too, seeing them so happy. Solvi hears her dad call for the little ones from around the corner.

“Fulwn, Imras, let your sister go. She needs to help with lunch. Unless you two don’t want to eat today?”

“We do, we do! You’re free now sister.” Imras shouts and releases her grip on Solvi’s leg.

“Thank you, now why don’t you help too? I stopped by the market and there might just be a surprise in there for you, but you have to put everything away first and share it too.”

“Yay! I bet I’ll find it before you do,” Fulwn shouts, letting go of Solvi’s other leg and running off to help put things away.

“No way! I’ll finish first!” Solvi smiles at the little ones trying to put everything away, ‘it’s nice to see how they can be so excited about simple chores.’

Once the things she bought at the market are put away and lunch is ready they all sit down to eat together. There are jokes and laughter spilling out the windows of their tiny home. Neighbors pass by and wave hello. Everyone knows each other and they all help out when it's needed. It’s the perfect place to live and grow old. But it’s also the perfect place to feel trapped in rather quickly if you desire adventure and freedom.

As night falls, the village lights up with a warm glow from lanterns hanging on each doorway. Elves start to relax for the night. Neighbors walk around and chat and get together for drinks and some games. Solvi and her dad, Tagen, go next door to play a game with the neighbors. The little ones are running around playing a game with rules that are always changing. Alsia, one of the kids she helped take care of, is playing with them.

“So how have you been holding up, Solvi?” Caeda asks. Her brown hair rests on her slim shoulders, framing a delicate face. The opposite of her mom, who would always stand tall and proud, with a strength that no one could rival.

“I’ve been doing pretty good, some days can be worse than others, but I expected that. I think my skills are getting good enough to rival mom’s soon.” She says wistfully, and looks down.

“I’m sure you’ll be able to catch up to her soon, you've got her skills in your blood. It's just a matter of time and lots of practice. I’m sure you’ll be a better marksman than she was, and she was our strongest warrior.” Tagen chimes in, giving Solvi a warm smile and a squeeze on the hand. “It’s been a while now, but I can still see Naexi when you practice, you look exactly the same as she did.”

“I know she is. She would always tell me how happy she was to see you grow up wanting to learn to be a great warrior, even greater than her.” Solvi looks down at her hands and rubs the calluses she's grown on her fingers.

Tagen turns back to Caeda and continues the game and mindlessly chats about what’s been going on in town and the latest gossip. Solvi stands up and goes outside to walk around outside to clear her head.

Whenever her mother is brought up, she gets a rush of memories returning back to her, and the wave of depression hits again, although it's a little less every time, it still hurts. Solvi pauses as she remembers the time with her mom and when she learned to shoot a bow and arrow. The leaves fall from the ancient tree above her, perfect targets for practice.

At the top of the hill, under the protective branches of the tree, Solvi knows her mom is standing with her once again. A lilac fragrance on the breeze, the smell her mom always had, wraps around her. The memory of falling from branches returns to her with a small pain in her arm where it was once broken. Soon after, they returned to the tree and she learned the way to read the trees and their branches.

The tree has been standing since before the village was formed, and watches over the valley below. Deep groves race all the way up to the far reaches of the branches. Branches within reach, shine in the sun, the bark worn away by hands and feet climbing to the upper reaches. High in the branches and in the depths of the trunk itself hosts an abundance of life. Poking out their heads from time to time are small little creatures, guarding over the ancient history in the tree. Soft round faces and sharp claws give off a confusing appearance. Small children coming to play in the tree, run at the sight of them, not knowing what they are. With age, they return and pass by them as they climb to the highest reaches. At the very top hangs a branch, appearing frail and about to fall, but it’s one of the strongest in the tree. The perfect view of the valley below waits there. Stretching from the mountains across the forest and all the way down the river and out into the open sea. Life in the village is a pretty happy one, there’s not much to worry about so long as one doesn’t venture out into the forest around the valley. Some nights, odd noises echo through the trees and into the edges of the village.

Solvi climbs high to watch her little world, she sees that her home is no longer safely hidden away in the forest. Across the sea, there are viking ships headed directly toward her village, and no one is aware of the coming danger. 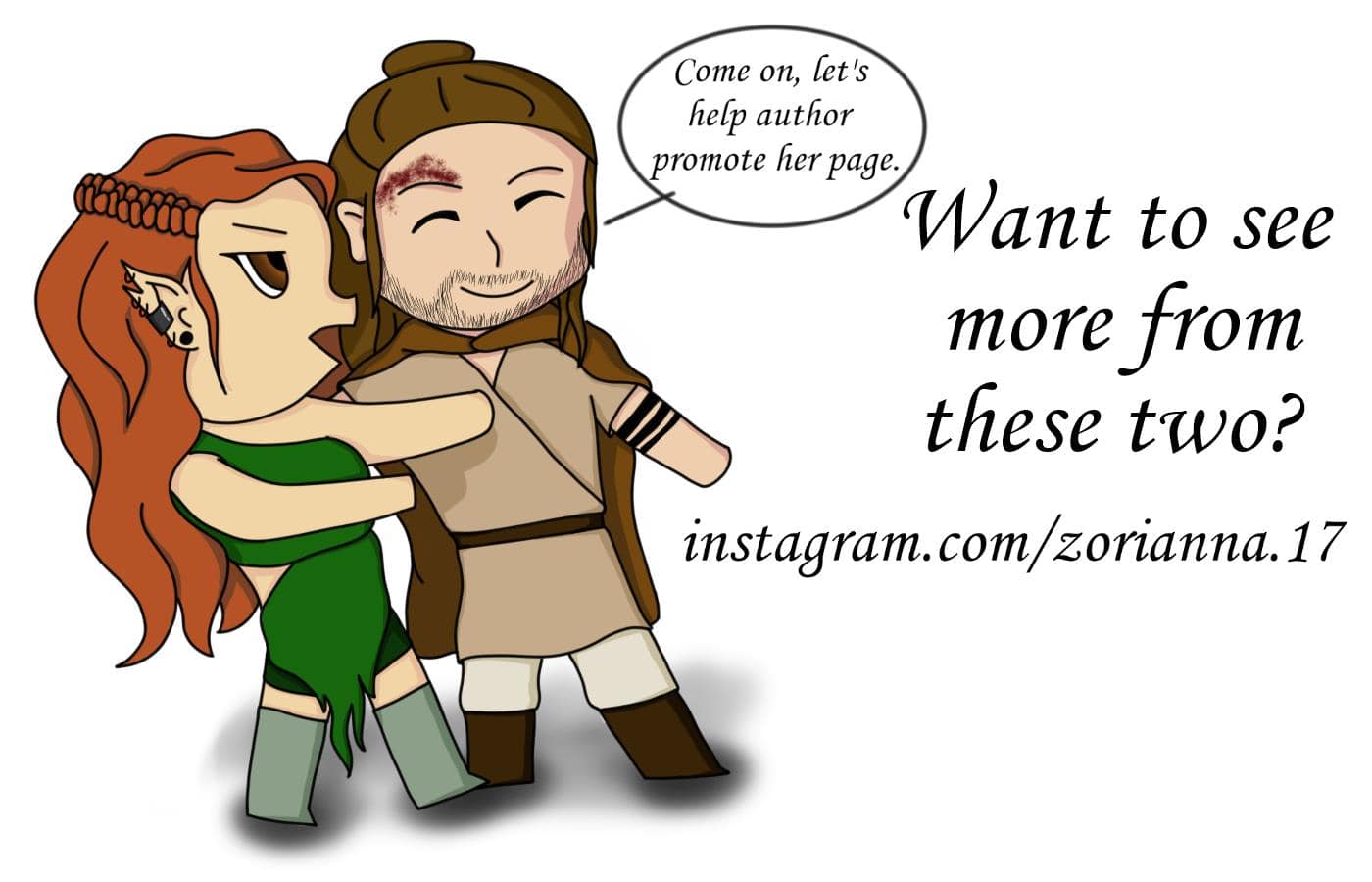 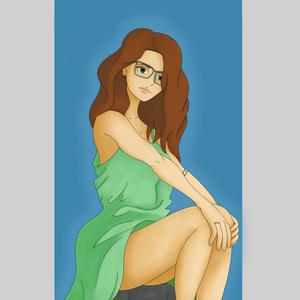 Hey everyone, this is my first novel, and I really hope you enjoy it as much as I've enjoyed writing it!

I like the calm nature of the first chapter. It sets the tone for how life was. And then the end promises the opposite.

I am sorry I didn't see your novel till now. I would usually see what people who help me out are up to. 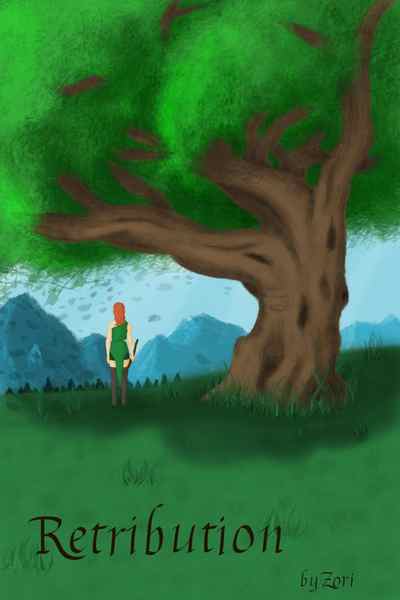 Solvi has been living a peaceful life in her village, but not everyone in this world believes in peace. One night, her home is raided by vikings and they steal a prized possession, destroying everything she's known. She decides that it's now her duty to avenge her home and return what was lost. Updates are planned for every Saturday.
Subscribe 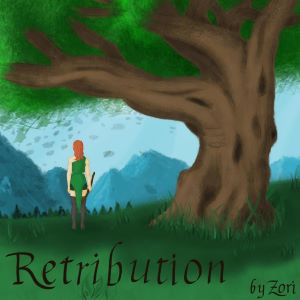