I’m not a great philosopher but I can summarize how I feel with only three words that express all my feelings… This world sucks.

Working ten hours straight in a company almost for a whole week… And this ten hours straight of work is forced on me. I can’t oppose my boss because I’ll lose my only job and have a small chance of finding a new one. Boss wouldn’t give a second thought about blackmailing me if I would do something wrong. I’m not even working in the office! I’m a janitor! I hate how they look down on me. Because what?! I’m lower than you? If only I could do nothing at all the whole day and just live. I know… I’m asking for too much. But if there would be a better world somewhere out there… I wouldn’t mind dying here to go there.

Finally, it was 8 PM. I was the one who needed to wait for everyone to leave because I was responsible for closing the office because who else than the janitor... As usual, Mark was the last to leave. He was a good guy but easily forgets everything. The best feeling of my life. The sound of closing doors at night. It would be the end of work for me for this day but he came back… Mark forgot something from the office.

“Sorry man. I forgot my wallet.”

I opened the door for him and waited. Time was passing by. One minute, five minutes, ten minutes. I was so bored that I played with a broom for a bit. I heard his footsteps and placed the broom away as fast as possible. I didn’t want him to see me right now.

When he left my sight I immediately ran away just in case he recalled leaving something else in the office. I didn’t want to spend more time there than I already have to… The only thing I wanted now was a good drink for the night. Good black beer. I went to the first pub that I saw. I took one beer and another! Because why not! I worked very hard when the boss was looking so I rewarded myself. Then I drank too much so they threw me out of the bar. By too much, I mean three or four cups… And that’s the reason why no one goes for a drink with me. I get drunk too fast.

I didn’t have to go far way to home since they built a new bridge close to my home. As drunk as I was, the whole sidewalk was blocked by me since I couldn’t go in a straight line. It was too big of a challenge for my drunk ass. There was a couple that was going toward me but the girl was too scared so they walked across to the other side. At first, I felt offended but then I thought that I would probably do the same. The bridge was longer than I remembered or maybe it just felt like that because I was drunk.

There was something behind me… I think? Before I could look back I saw the night sky covered in falling stars… Or just stars. Why do I suddenly see the sky you ask? Well… because I was falling… off the bridge… This short moment felt almost like a whole year and I had only one thought.

I barely walked! Not talking about swimming while drunk. Especially me! Once I fell into the water I panicked. I tried to swim up but already had too much water in my lungs. I couldn’t breathe and I was slowly losing strength. There was nothing but water in my lungs. I felt cold. I didn’t want to but my eyes slowly closed themselves. Then the water was getting warmer. Is it how the body reacts when dying?

I hope that I’ll go to heaven! I was a good boy I promise! I have never stolen anything! That one movie that I borrowed I just somehow lost it and never found it! I wasn’t lying I promise!

Something is pushing me? What is it? Waves? But this is a river. My body is touching something… Wait. I’M ALIVE!

I coughed the whole water that I drank in panic. I could finally breathe but I was coughing from time to time. I am on sand… on some beach? There weren't any islands close to my city if I remember correctly. Am I still in England? When I looked around all I saw were a few islands and the island that I was on had a big mountain on one side. I took out my phone. It still worked!!! But it had no signal. I was running around the beach to get at least one bar but there was no signal…

I was wet, exhausted, and a little bit cold in the middle of nowhere. There was only one thing left to do. Cry in hope that someone will come to the rescue... Before I cried in misery that I could at any time, I realized that people need to know that I’m here so I gathered stones and spelled “HELP” on the beach. I hope the boss will believe me when I say how I drifted away somewhere in the middle of the ocean. I don’t know how long I was drifting in the water but I definitely got hungry or it just was my hungover kicking in.

In hope of finding some food on the island, I went into the forest. It wasn’t a thick forest but I rubbed my legs against the nettle a few times. It… wasn’t pleasant at all… Then I saw it. Small, blue, shiny BLUEBERRIES! I rushed toward them and immediately started eating them. When I had a full mouth of them I thought that they might not be blueberries… Well, better to die now than slowly awaiting death by starvation. There was something odd about the bush… Berries were only on top of that. Weren’t they growing from top to bottom?

Something was in the bushes close to me. I immediately stood up and slowly took a few steps back to move further away from the danger. Rustling didn’t stop. It was more intense second by second and then something jumped out of the bush. It was just a rabbit. I sighed at ease. Then rustling started again. I hoped that it was another rabbit. You know, like those rabbits are an inseparable pair but I was wrong. It was one big boar… Just my another lucky day. Didn’t finish high school, got bullied for a whole time, every girl rejected me, lived in a small old apartment, worked as a janitor, fell into the river, almost drowned, and now… a big fucking boar is standing in front of me! 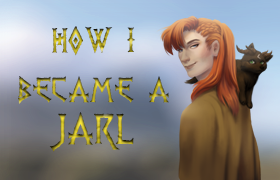 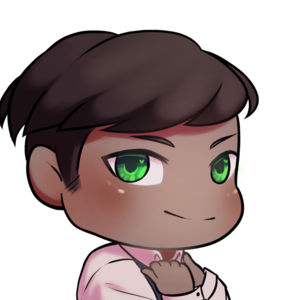 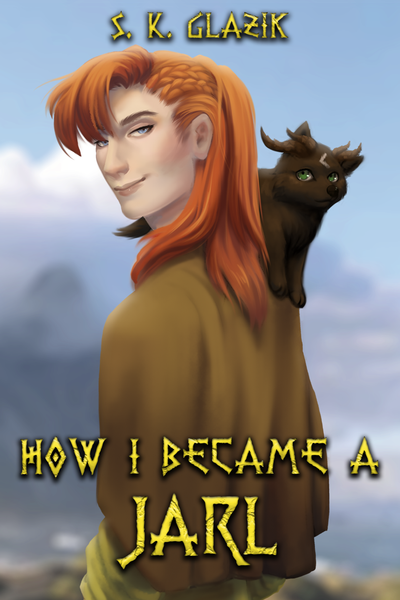 Young janitor, Eric, dies misfortunately and gets chosen by the Norse god to live in the world of Midgard. A place where Norse gods rule, a place where Vikings still exist, and a place where people can have power bestowed by the gods they follow.

All he wanted is to have a good and somehow comfortable life but his god didn’t bring him to this world just so he would start over in another world. Many challenges and hardships await Eric but he won’t stop till he settles in this, new to him, brutal world. 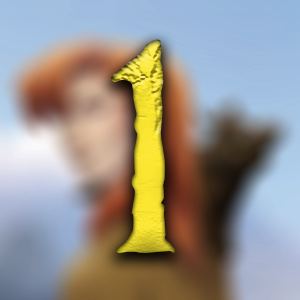