Lights out on Veneran Clouds

Her four-inch heels clicked against the mahogany floor, as she covered the last few steps towards the wing of the stage. On the other side of the curtain, the tail-end of an applause still echoed around the theater.

As the sound died down, the male host spoke in a smooth baritone voice. "Ladies and gentlemen, we are out to make history tonight! Our next candidate will be the first ever to come from a world far away from our own!"

"You said it, Ronnie!", a perky female voice interjected. "Tonight, we're taking a step to becoming a true 'Miss Universe' pageant!" Cheers echoed around the place. Vira smiled too, despite herself.

The male voice spoke again, now oozing excitement. "Well, isn’t that something? And so it is our pleasure to present Candidate Number 14 for the Talent Round! From the floating cities of Venus, more than a hundred million miles away; the pride of the Veneran Colony —"

Then both hosts proclaimed in lively unison: "Venaria Fari!"

Vira heard a loud whir as the curtain flew up. The dazzling lights and thunderous cheers from the audience disoriented her for a moment, but she stepped forward anyway. As she made her way to the center stage, she flashed a smile that glowed brighter than any of the spotlights. In a few seconds she reached her assigned marker, and she waved at the crowd with the reserved enthusiasm befitting that of a beauty queen.

As the audience watched, the stage started to transform. Vira heard clicks as the bright lights dimmed, and a shower of pale golden sparkles appeared around her. The lighting accented her mocha skin, making her and her sharp features glow like a gilded sculpture. Below and behind her, 3D projectors created a seamless visual of deep space. When the transition completed, Vira was standing atop a floating silver platform against the surreal backdrop of galaxies and nebulae. The scene was completed by a vintage microphone that slowly descended in front of her.

Vira stepped closer to the microphone, her legs peeking out from the thigh-high slit of her periwinkle gown. The dreamy pastel shade of the fabric was accented with whites and dark blues, the crepe and lace fluttering ever so slightly as she took her position. Her corn-blonde hair was done in a loose fishtail braid and draped casually across one shoulder. The gold-and-sapphire choker on her neck gave off an elegant glimmer where the light touched it. Her eyes shone in all their bright amber wonder, only closing momentarily as the applause died down.

A vibrato of strings filled the air as her eyes flicked open.

She sang a melody that she had learned as a child, a melody that dearly reminded her of home, floating peacefully above the pale yellow clouds of Venus. Up there, several kilometers above the surface, the atmosphere was closest to that of Earth. It was a peaceful place — or at least, it was in her youth. As she grew up she watched that peace strain and buckle, until one day it all fell apart.

But that didn't matter, at least not for Vira. For her, there's only tonight. She glanced around the theater as the audience sat in complete silence, enthralled by the clear and powerful notes washing over them. Vira serenaded the crowd with all her heart, rousing their emotions with a powerful chorus.

She then cast her eyes down, to scan the audience directly in front of her. As always, the front rows were reserved for VIPs. Tonight, there was a who's who of Earth’s most famous and influential figures, all gathered to ogle at this human from another planet. The songstress flashed them all an endearing smile. The only other Venerans in the venue were those from her entourage, and even then they were busy backstage.

Finally, Vira settled on the TV drone floating almost invisibly in front of her. Her eyes burned through the lens, and the millions of people watching around the world felt the firm warmth of her gaze. For years to come, many would still remember those hypnotic amber eyes staring at them, as if trying to say something.

The song tapered to a cadence, and once more Vira closed her eyes and bowed her head. The final chorus was coming, and the crowd was expectant. But as the music started to build back up, a lone tear escaped and ran down Vira's cheek. Nobody saw it, with everyone engrossed by the possibility of this Veneran winning tonight's title.

The music reached its peak, and Vira opened her eyes. She gazed again at the camera as she belted out the melody with all her heart. The crescendo rolled through the still air of the theater, as everyone watched with bated breath.

However, the rousing music hid the rumblings of another melody that was slowly building up behind the scenes. It went by unnoticed, until it was too late.

Vira stretched out her arms, completely absorbed in the song. She knew the closing notes were fast approaching. Her pitch-perfect voice rang clearly in her ears, but suddenly no one was listening anymore. For all around the theater, another sound had caught the crowd’s attention. It was a roaring symphony, one that had them screaming and running for their lives.

Vira smiled. She knew they wouldn't make it. They had made sure of it. And so she kept on singing.

On cue, the walls of the theater blasted inwards in a powerful explosion, its ceiling raining shattered wood, plaster, steel, and concrete. A fireball then erupted and engulfed the front rows, consuming everything in its path. The pillars of the theater crumbled into dust as shaped charges detonated, sending what remained of the structure crashing down on the eighty thousand people in attendance. This was the grand finale of tonight's event, and its organizers were thorough to the last detail.

Vira only had two regrets, as her consciousness faded. First was that this massacre had to happen. Second was that she would not live to see its consequences. In her last moments, she can only cling to the hope that someone would pick up where she left off. 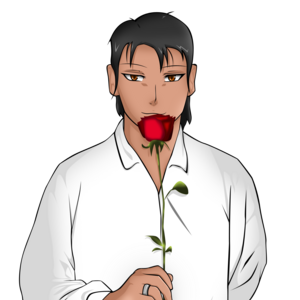 It was 2091, and the world had gathered to see the first Veneran compete in the annual Ms. Universe pageant. But the enchanting songstress from the clouds of Venus had other plans for tonight.

What an incredible twist at the end, along with excellent descriptive detail, and the world building also being very well done with two different world countries Earth and Venera, this has some great potential with an intriguing setup in the beginning. Keep it up! 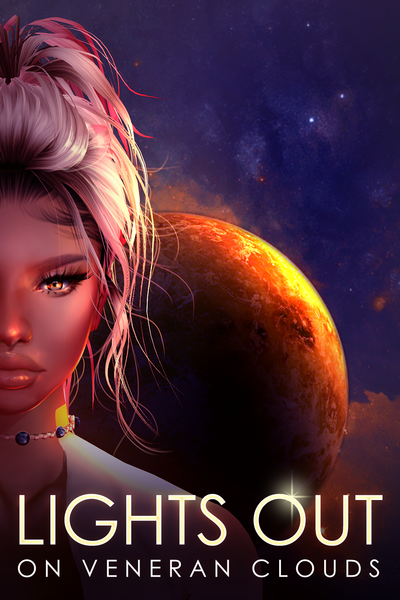 Lights out on Veneran Clouds

Enter Venera, a floating human colony on the clouds of Venus! Branded as a refuge for terrorists and marked for destruction by Earth's mighty military fleet, its citizens will stop at nothing to survive the coming apocalypse.

Join Linaria "Lira" Fari, chance leader of Venera's last stand, on her quest to save not just the people of the Colony but also her own wavering faith in humanity. Can she muster their forces in time to pull off the impossible? Can she outwit her enemies from all sides, before the lights go out on Veneran clouds?
Subscribe 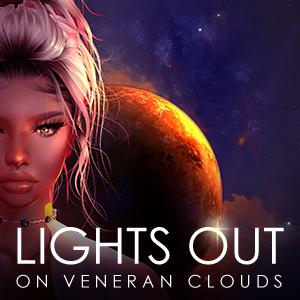