The tinny sound of The Everly Brothers “Bye Bye Love” comes out of a cracked phone on the side of the narrow wooden desk. Beyond that, I can hear the murmur and occasional outcry of my brother from the other room. He’s almost constantly playing his video games, and this development has only been exacerbated by the fact that my parents are gone. Actually, because they are gone, I now have the chance to write. That’s the other sound. The clackity-clack of the old 60s typewriter I’m hammering away on. This is the first time that I get to use it. I sit here crashing my way through lines of text, rapidly approaching the point of needing to get on with the story, but I don’t know where to start. Sorry- actually scratch that. I’m not sorry. I’m not sorry because it is essential that I clear this area up in order to determine the perfect way to proceed. Actually, I should probably just dive right in and stop wasting time, shouldn’t I? Yeah. That’s a good idea.

My story begins at around 10 pm on an early summer night in 2020. That’s just about enough context for you, eh audience member? Anyways, it’s summer, time has no meaning, and I’m hidden in my room, in the dark, under layers of blankets and quilts. Because, no matter what season it was, I was running cold. Under my mountain of flannel and fleece, I’d hidden my phone along with my person. I flipped through the little digital pages of a trashy historical romance novel, almost mechanically. I’d already read this one about seven times already, but I craved the reliability of a story already memorized. I flipped past one of the more tedious scenes, reaching a far more entertaining scene, one in which a monkey decided to get its dumb ass stuck up in a food elevator shaft. You know, the little baby elevators in old houses that connect the dining room to the kitchen below? Yeah that thing. So I was looking at the little white letters glowing from my phone screen, when loud, heavy footsteps approached my door, and rapid knocking hammered at it. I had just enough time to shove my phone under my pillow when the door cracked open and light streamed in from behind a tall figure. The boy at the door poked his head in and, before he could even say something, I screech,

From beyond him, another, female, voice called out, “ You might want to stop before you say something you regret. Something has happened. Come on out.”

I shoved my phone further into my bed, slid clumsily out and flipped the covers up. The sound of my brother's footsteps pushed me into speeding up, quickly snatching my robe up off of my floor and shoving it on as I rushed out of my room, tripping over a boom and a box on the way. I crossed the hallway and living room, making it to the only lit room in the house, the kitchen. In it stood both of my parents, looking stressed and worried. My brother was seated on the floor petting the dog. The air in the room was tense and somber. I stood in the doorway, eyes adjusting to the light. A couple of seconds passed before anyone said anything.

The first to speak was my mother. She took a quick look at my father, who looked more tired than I’d seen in a long time. She looked between Zach and I and said, “That was Nana.” She gestured with her head at the cell phone in dad’s hand. “Grampy had a stroke.”

Both of our spines straightened. Dad quickly amended, saying, “It wasn’t a full stroke. He only had what’s called a TIA- kind of like a mini-stroke. But, obviously it’s a problem. He’s in the hospital, getting tests done. Nana will call back when she knows anything.” He looked at mom.

“We are currently discussing the possibility of going up there to help them out. We don’t know who, or for how long. It might just be dad, it might just be me. Kat might come. But,’’ mom said, turning to dad, “ I think we should go as soon as we can. Flights are cheap now, so that might be an option.”

Zach and I just stared at our parents. A heavy silence enveloped the room. The only sound was that of the dog panting. Mom sighed heavily. “Get to bed. For real now. We’ll talk more in the morning.”

The two of us turned to our rooms. As I turned to shut the door, I saw my parents in the kitchen, framed by darkness, the only light in the house highlighting their embrace.

As I lay in bed, staring up at the ceiling, watching the shadows of leaves move in the moonlight, a sharp shiver overtook my body. As it rolled from my head, down my spine, all the way down to my toes, I could have sworn that it wasn’t just my body that rolled and trembled. I heard the sound of gentle, jingling bells, tinkling above my head and the rushing of wind. The sharp smell of sea salt permeated my room, and as I breathed in deeply, darkness overtook me, and my eyes slid shut. 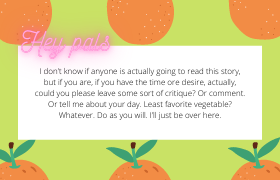 I hope someone reads this. That would be superb. 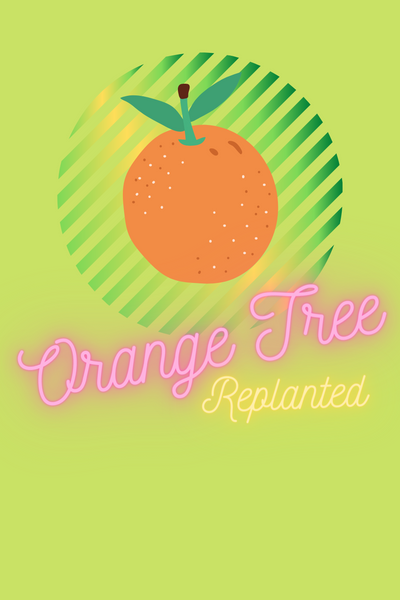 Character growth does not happen on its own. Certain things must occur for change to happen. A story of magic and friendship.
This world is not as it seems. Cracks connect it to worlds and dimensions beyond human science and understanding. Those cracks are widening. And people are getting sucked through.
Kat feels empty. There’s no reason why, really. She lives the upper-middle-class dream. She’s got everything she needs, and plenty of what she wants. But, when her grandfather has a stroke, she leaps at the opportunity to leave her home, just so that maybe she might feel anything. Then things start to go south, and cracks in her reality start to open, spreading wider and wider.
Subscribe 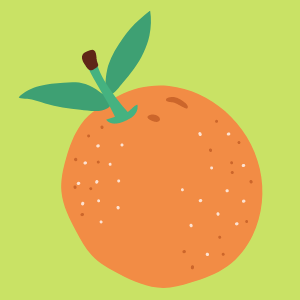