I didn’t answer, my hands were still over my mouth. Stella walked in like she always did, as if every room was a stage and the doorway was her curtain. She loved theater and acting, and it bled into everything she did.

I was trembling like all my internal strings had been plucked. Stella was loud and anxious which didn’t help but she was trying to keep cool. She got some towels over my drenched bed and gave me one to hold against my bloody face. I grabbed a book as Stella led me out of our apartment and to her car.

“The hospital’s not far,” Stella said. “They’ll get you all set. Hey, we can start planning your Cani awakening party now! If I remember the family tradition, it’s…what was that one lemon bar recipe…”

My heart was racing too much to be excited about a hypothetical party.

“The bleeding probably stopped,” Stella said. “You don’t need to keep smushing that towel in your face like that.”

I pulled the towel away slightly and felt somehow more blood rushing from either my gums or the spots on my lips I bit and we both screamed again.

I stared at a framed picture of a beach and wished I could be there instead of a hospital waiting room. I don’t think anyone enjoys being in hospital waiting rooms, but my great morning left me covered in blood and holding a towel to my mouth to try and slow the bleeding down just a little.

Stella was still talking to the check in people, and I wished this would all hurry up. I had never had stitches before. Was this a deep enough cut to get stitches? How much stuff did I fry with that lightning? Or wreck with that rainfall? Was my Cani gift just like weather?

How hard did I bite myself? It was taking me so long that part of me wondered if I really was dying. I survived the first part of the Cani awakening, but how long was the window of potential death I read about? Would they notice and try to help me if I just started dying? Or just keep explaining the new insurance plan or whatever it was to Stella? How many Cani bite their faces this bad right away? Jerk gremlin in the back of my head asked if I deserved it. Maybe I did.

In the chaos of the last half hour I did manage to grab my calming charm, one of my favorite Raina Starlight books. It sat on my lap and I studiously avoided getting blood on it. I’d rather hold the book and not read it than look at any of the magazines on the table like TouchCelebs, How to Make Your Child Less Stupid Monthly, or Does Your Kid Still Wet the Bed?

But just as I started reading, I could hear her voice almost as clearly as that day.

I couldn’t even read my favorite book without thinking of her. With the same towel in my face, I felt my stomach sink as the rest of summer hit me like the dark grey clouds of a big thunderstorm descending over me. A nurse opened the door, and this time I was sure at least that a surly doctor wouldn’t tell me this was just a dry season and tell me that the saline thing I got to spray up my nose didn’t do anything to stop nosebleeds in a way that made me feel like an idiot. This time I actually had fangs.

Stella was already by me shooing me forward.

I got settled in the appointment room and sat on the big cushion table thing with the paper on it. The nurse cleaned up all the blood around my face, and I actually felt human again.

“This is just like when she had braces,” Stella said. “Same amount of blood.”

I couldn’t even snap back because the nurse was getting information down.

“But that’s because you never flossed.” Stella said. “My fangs came in and it was like. A lot less blood. Did you fall back into the not flossing thing?”

I tried to not kick her and just waited until the nurse finished. I wanted some answers from her on how I was doing. Basically, was I OK? Was I dying? She didn’t mention it. Before she left, she wheeled in an old TV stand and started a tape. The video quality looked ancient.

“The following has been paid for by the Kilander Corporation, a subsidiary of Taramin Enterprises.” A practically garbled voice said.

“They made you watch this too?” I asked.

Stella just suppressed a snorting laugh. The video began with a synth keyboard solo accompanied by a painfully slow-moving title. After like five minutes of zoom it finally revealed the words “I AM A ____. WHAT ARE YOU? YOU ARE A ____”. It made me wonder why all the Cani related stuff had such bad titles.

Some cheesy graphics swooped by and transitioned from the titles to a series of shots of people just going about their lives like eating popsicles and going through marketplaces and reading books.

“We all live in the world,” the narrator said. “But all of us are different. Upon reaching puberty, some find themselves going through another changey change. These are the people with the Canidodutessant genetic makeup. Do you know what kind you are?”

Then it cut to a park and the most stereotypical surfer dude with long blonde hair and a tye dye shirt wandered into frame.

“Whoa! Fangs to meet you. I’m Thadley, and you’re like, a…well, what are you?” Thadley said.

“It gets worse.” Stella said.

“You’re going through your own like, um,” Thadley said, then paused for so long I had time to wonder why they didn’t edit out his helpless stare at the camera. “…changes that are totally different than the other kinds. Let’s take a look and find out what you are!”

Thadley then ran around the park with a cheesy fast forward effect and another synth solo.

“There are three possible categories you fall into if you have the Canidodutessant genetic makeup,” the narrator said. “The Cani genetic makeup generally falls into three categories. The most common form is simply called Cani. Cani get at least one animal-like trait, and a unique power, such as control over bees, or hypersensitive paperwork filing. The second most common is Exa Cani, who get more animal traits, but all have the same power of shapeshifting. The third kind, Kanibari, get the most animal traits and powers. Because they are less in control of their powers, Kanibari must be closely monitored.”

It showed a Cani with just fangs, an Exa Cani shapeshifting back and forth between human and dragon, and a Kanibari all sitting at desks. The Kanibari was like full on werewolf, which seemed to go against the title of that book I had to read.

“Whatever you are, you’ve experienced an awakening. An awakening consists of at least a trait appearing somewhere on your body. Awakenings can occur at any age, but a majority occur between the ages of sixteen and eighteen. When an awakening occurs, the new Cani also get some sort of special ability. These skills must be honed to protect you and those around you. Now that you’ve had your awakening, you are required to attend an officially sanctioned school to nurture your changey changing body.”

It cut back to Thadley running around the park interviewing kids about fangs and stuff.

“What do you like about, uh, Cani…? I guess?” Thadley asked.

The video continued like that for a while, not really offering any new information. It felt like an hour had passed by the time the doctor finally showed up, mercifully when the video was just getting to “Uncomfortable Cani Changey Changes” after I had already white knuckled it through the incredibly awkward “Cani Hygiene” sequence with Stella right there.

Zeta goes to the hospital to get her new fangs checked out. 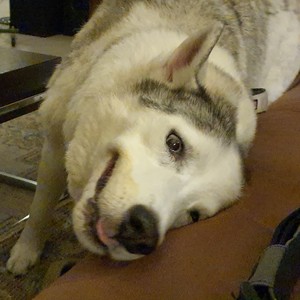 Fangs to meet you! XD Okay, I'm fascinated by the 'cani' — an original idea that I guess is a cross between a bunch of supernatural entities? Cool. Also, hypersensitive paper filing made me grin. Good first chapter. ;) 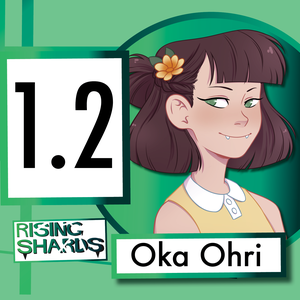